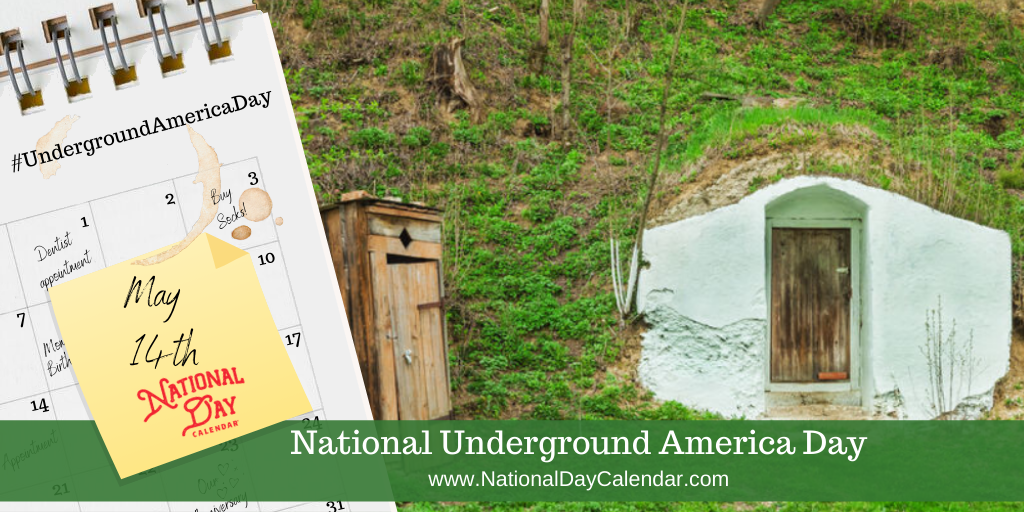 On March 14th, National Underground America Day recognizes the approximately 6,000 people who live in some form of underground architecture across North America. The observance also celebrates the lifestyle, architecture, and benefits of underground living.

Subterranean living boasts energy conservation as one of its top advantages. Completely covered homes or earth-sheltered homes are covered on all sides with soil while earth-bermed homes leave one side exposed. Both allow for more stable temperatures within the home and less exposure to the elements.

However, living in an underground home also poses some disadvantages. If you like lots of light and throwing open the windows on a summer day, this type of house might not be for you. While the underground lifestyle may not be for everyone, the observance encourages exploring earth homes to discover the options available.

Founded by Malcolm Wells in 1974, National Underground America Day recognizes that thousands of Americans dwell within the Earth, not just upon it. Wells (1926 – 2009) is considered “the father of modern earth-sheltered architecture.”

Wells was also a writer, illustrator, draftsman, lecturer, cartoonist, columnist, and solar consultant. He practiced what he preached by living in a modern earth-sheltered building of his own design, too.  He also took up the challenge of underground architecture as he believed the Earth’s surface was “made for living plants, not industrial plants.”

Retiring in 2004, Wells continued his advocacy for underground living until the end of his life.