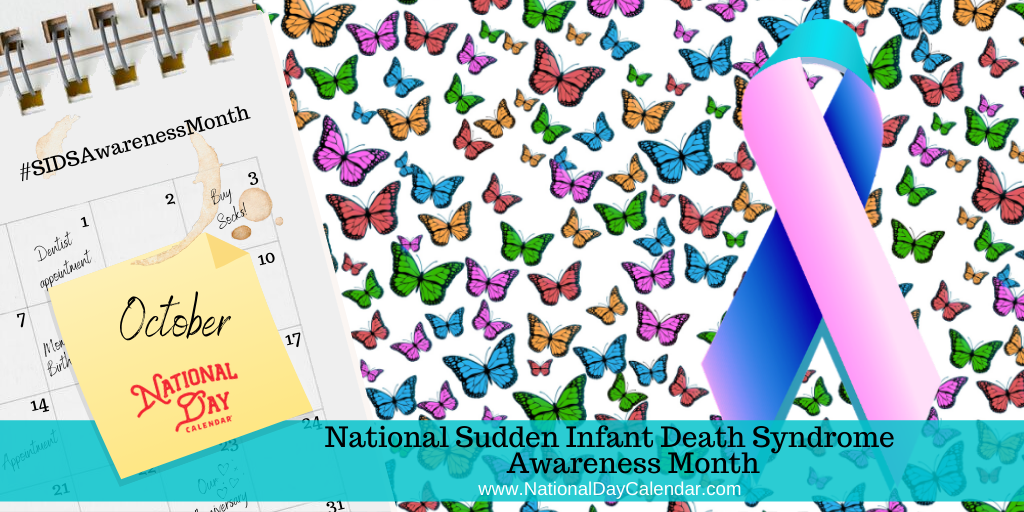 National Sudden Infant Death Syndrome Awareness Month is an annual designation observed in October. Sudden Infant Death Syndrome is the unexpected death of a child under 1 year old, without an obvious cause of death before investigation. About 3,700 infants died of Sudden Infant Death Syndrome, (SIDS) or other sleep-related deaths in 2015, according to the CDC. It is the leading cause of death for infants between 1 month and 1 year. SIDS is every parent’s worst nightmare, but there are several things you can do to reduce the risk of sudden infant loss. Here are some things you should make sure you’re doing all year long when you have a new baby in the house, according to the Centers for Disease Control and American Academy of Pediatrics.

Use #SIDSAwarenessMonth to post any advice you have for new parents on social media. You can also use the hashtag to offer your condolences with families who have lost a child to SIDS.

The National Institute of Child Health and Human Development has been pushing for research to better understand SIDS for decades which is what eventually started National Sudden Infant Death Syndrome Awareness Month.