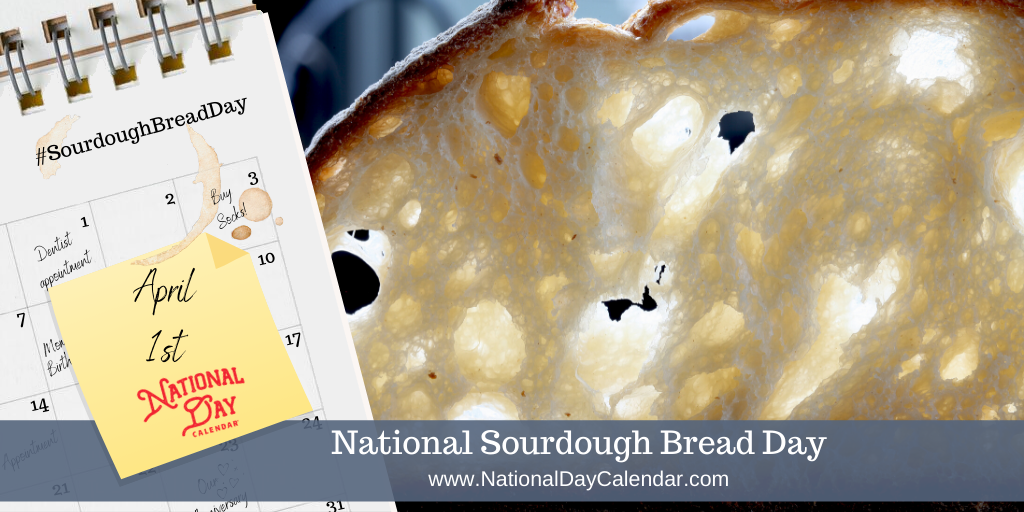 Sourdough is produced through the process of long fermentation of the dough using lactobacilli and yeasts. The use of naturally occurring yeasts and friendly bacteria versus cultivated yeast causes the bread to have a slightly sour, but pleasant taste.

Most likely the first form of leavening available to bakers, it is believed sourdough originated in Ancient Egyptian times around 1500 BC. During the European Middle Ages, it also remained the usual form of leavening.

As part of the California Gold Rush, sourdough was the principal bread made in Northern California and is still a part of the culture of San Francisco today. The bread was so common at that time the word “sourdough” became a nickname for the gold prospectors. In The Yukon and Alaska, a “sourdough” is also a nickname given to someone who has spent an entire winter north of the Arctic Circle. It refers to their tradition of protecting their sourdough during the coldest months by keeping it close to their body. The sourdough tradition was also carried into Alaska and western Canadian territories during the Klondike Gold Rush.

San Francisco sourdough is the most famous sourdough bread made in the United States today. In contrast to sourdough production in other areas of the country, the San Francisco variety has remained in continuous production since 1849, with some bakeries able to trace their starters back to California’s Gold Rush period. Many restaurant chains keep it as a menu staple. Sourdough bread is a great side to your soup, stew or toasted with your morning cereal.

Q. Can I make a sourdough starter at home?
A. Yes. Sourdough started doesn’t require many ingredients – just water and flour. It’s the method that gets the yeast forming for delicious sourdough bread.

Q. Can I freeze sourdough starter if I don’t have time to feed it?
A. Yes! That’s the beauty of sourdough. The yeast will go into hibernation while frozen, but when you thaw it and begin to feed it again, it will grow and continue to thrive.

Q. How can I change up my sourdough for something a little different?
A. Try adding nuts, seeds, spices, cheese, or vegetable juices to your sourdough. There are many different recipes to try, so it’s easy to get creative.

April 1st Celebrated (and Not So Celebrated) History

Panorama, a BBC television programme, runs a segment on the Swiss spaghetti harvest.

NASA selects its first seven astronauts who become known as the Mercury 7.

They included Scott Carpenter, Gordon Cooper, John Glenn, Gus Grissom, Wally Schirra, Alan Shepard, and Deke Slayton. Of the seven, Alan Shepard would be the first American in space. John Glenn became the first American to orbit the Earth. Gus Grissom would die tragically with two other astronauts (Ed White and Roger Chaffee) when a fire erupted during a pre-launch test for the first manned Apollo 1 flight. They were the first casualties of the NASA space program.

American Motors releases the first Gremlin off the assembly line.

Australian millionaire Dick Smith towed what appeared to be a giant iceberg into Sydney Harbor. It was an accomplishment he had been promising to do for months and now he had. It was also time to chip off chunks and fill everyone’s drinks. Well, until his prank was revealed by a sudden rain that washed away fire suppression foam and shaving foam showing a small wooden mountain draped with plastic sheeting loaded on the barge.

The Taco Liberty Bell and other patriotic businesses wipe out National Debt. Or that’s what the headlines would have read if their April Fool’s prank had gotten carried away. Their full-page ads informed the public that the fast-food chain had purchased the national treasure to offset our nation’s debt and encouraged other businesses to do the same.

National Day Calendar releases an article about the successful production of yolkless eggs.

April 1st Celebrated (and Not So Celebrated) History

The Russian pianist and composer produced immensely moving music like his 1901 Piano Concerto No. 2. In 1917, the Russian Revolution drove him and his family out of the country. He eventually settled in the United States where he continued playing and composing until his death in 1948.

Known as the “Man of a Thousand Faces,” Lon Chaney literally transformed how we perceive cinema. The actor, make-up artist, and director’s pioneering work set the stage for magnificent and compelling artistry and technique. Chaney’s influence is still felt throughout the industry today.

Florence Blanchfield was the first Army nurse to be granted a regular Army commission. She joined in 1917 and served during World Wars I and II. Her efforts brought about equality in pay and rank to women in the Army and Navy.

The internationally known jazz and blues singer hung up her microphone in 1954 and pursued a career in practical nursing. Following graduation, Hunter continued her nursing career until 1977 when she picked up her microphone once more.

The American Irish writer is best known for her science fiction work, especially her Dragonriders of Pern series. She is a science fiction writer of firsts, becoming the first woman to win both the Hugo Award (1968) and the Nebula Award (1969).