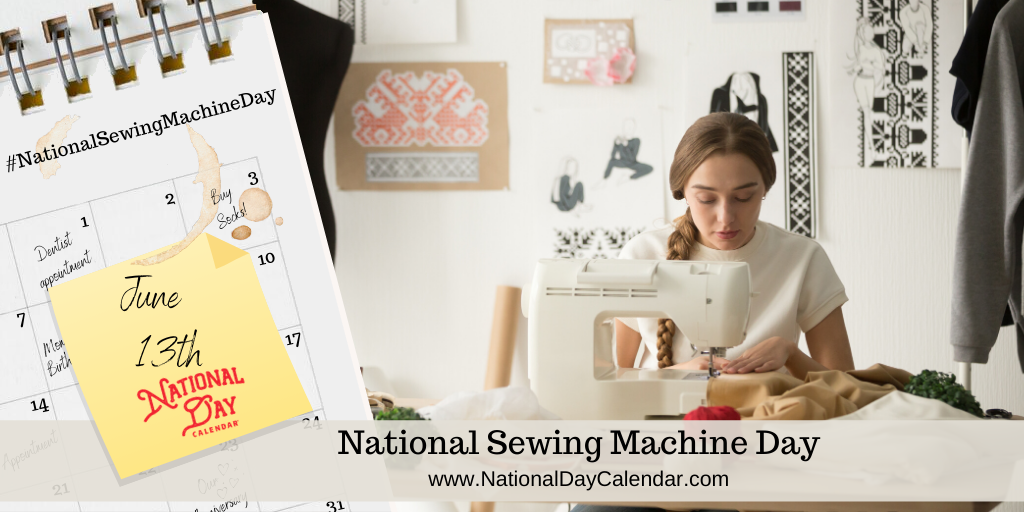 Each year on June 13th, National Sewing Machine Day honors an invention that has kept us in stitches for over 150 years. Before the sewing machine, tailors and sewists created clothing by hand, stitch by single stitch. The invention of the sewing machine brought about revolutionary change. Not only did it boost an entire industry, but it also changed the way we viewed the garments we wore. However, the development of the sewing machine took time.

Skilled cabinet-maker and English inventor, Thomas Saint, received the first patent for a design of a sewing machine in 1790. He intended his design to sew on leather and canvas. However, he never advertised it and no evidence of the design, other than his drawings, could be found. In 1874, William Newton Wilson found Saint’s drawings in the London Patent Office. With some minor adjustments, Wilson built a working model. The London Science Museum currently owns Wilson’s model. Other sewing machine inventors include:

Industrial use of the sewing machine reduced the burden placed upon housewives, moving clothing production from them and seamstresses to large-scale factories. This also resulted in a decrease in production time which caused the price of clothing to drop considerably.

Today, many people are again becoming interested in the art of sewing and making their own clothing. Crafts fairs and flea markets are filled with booths full of beautiful sewing machine-made clothes and craft items. Quilters across America are also known as sewing machine experts!

Show off your sewing skills. Pick out a new pattern and grab those sharp sheers. Other ways to celebrate include:

National Day Calendar is researching the origins of this innovative holiday.