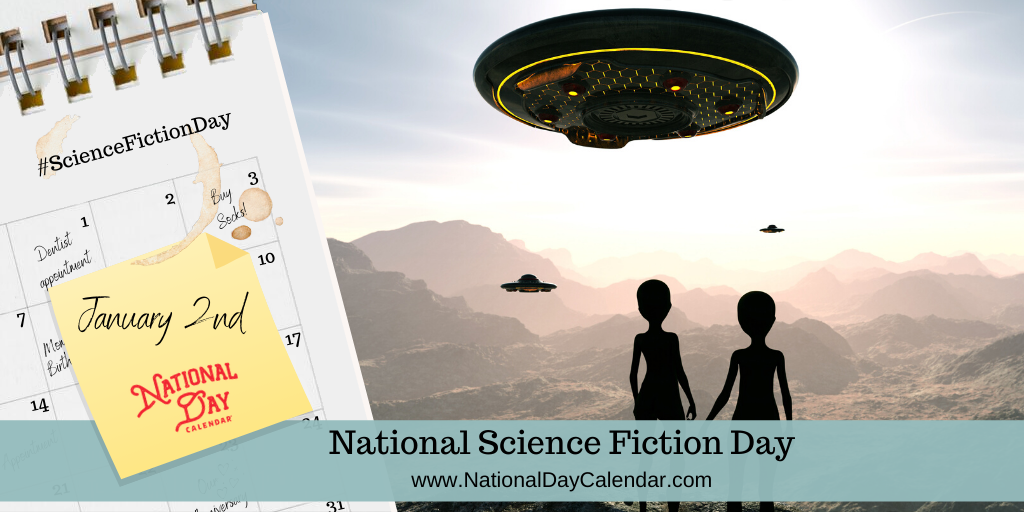 The date of the celebration commemorates the birth of famed science fiction writer Isaac Asimov.  An American author and Boston University professor of biochemistry, Isaac Asimov was born Isaak Yudovich Ozimov on January 2, 1920. He is best known for his works of science fiction and his popular science books. Isaac Asimov, whose works are followed by many, died on April 6, 1992.

National Science Fiction Day is recognized by the Hallmark Channel and the Scholastic Corporation.

Considered a master of hard science fiction, Asimov, along with Robert A. Heinlein and Arthur C. Clarke, was considered one of the “Big Three” science-fiction writers during his lifetime. Many regard the Foundation Series as Asimov’s most outstanding piece. His other major series are the Galactic Empire Series and the Robot Series.

Some of the successful television shows recognized by science fiction fans include Star Trek-The Next Generation, The X-Files, Battlestar Galactica, Doctor Who, and The Twilight Zone.

As we look back at some older science fiction in our current technology-infused world, how close do the writers come to imaging our futures? Long before Asimov created his first work, humans imagined machines that allowed them to soar like birds. Another man, Leonardo Di Vinci, looked to the future, too. He designed contraptions worthy of the science fiction in his time.

Science fiction impacts life in ways we may not even consider – even those who don’t enjoy reading or watching science fiction.

Since at least 2011, science fiction lovers have been honoring Isaac Asimov and other science fiction contributors. In 2013, asimovs.com published a guest editorial by Ed Finn. The writer talks about doomsday predictions while also looking toward the future – all moving toward the true meaning of National Science Fiction Day. Read the complete article, Celebrate National Science Fiction Day by Learning to Live in the Future.