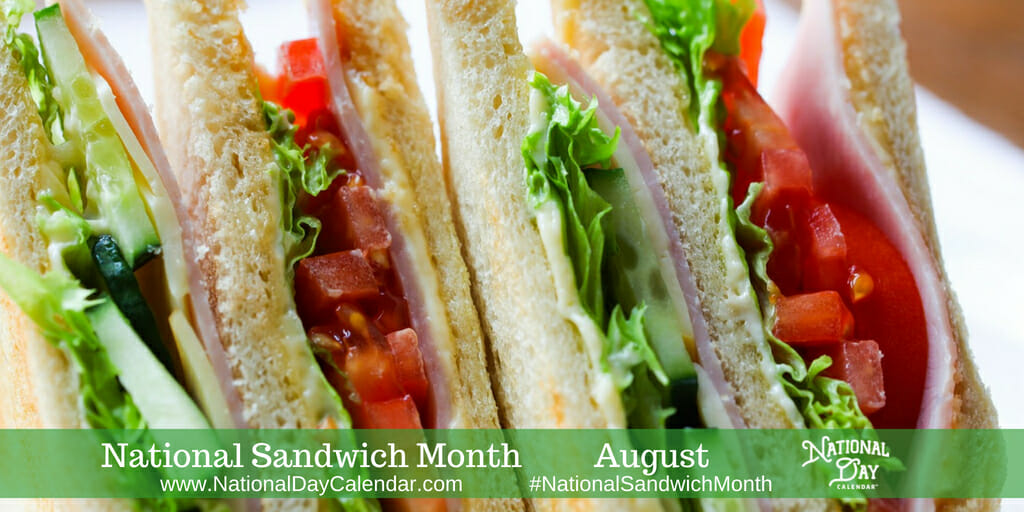 August is National Sandwich Month. The basic concept of the sandwich long predates the Earl of Sandwich, the real-life 18th-century aristocrat who reportedly loved them, and gave them their modern name. The ancient Jewish sage Hillel the Elder is said to have wrapped lamb-meat and bitter herbs between two pieces of matzoh (unleavened bread) during Passover. Early versions of the “wrap” have also been found in Asia and Africa. The sandwich grew in popularity among aristocrats in the 18th and 19th centuries. Legend has it they were popularly shared, held with one hand, during late-night gaming and drinking.

According to the U.S. Department of Agriculture, a sandwich must have at least 35% cooked meat and be no more than 50% bread. The average American child eats about 1,500 peanut butter and jelly sandwiches before finishing high school. Astronaut John Young once smuggled a corned beef sandwich on board a Gemini flight. Submarine sandwiches are called “hoagies” in Philadelphia and “heroes” in New York. The Dagwood sandwich was first introduced by Chic Young, creator of the Blondie strip, who described the sandwich as a “mountainous pile of dissimilar leftovers.”


Try a new sandwich recipe every week and share them on social media! Check out the National Day Calendar recipes for more great ideas.  Use #NationalSandwichMonth to post your creations.

In 1952, the Wheat Flour Institute established August as National Sandwich Month. Newspapers across the country filled their pages with recipes fit for the Earl of Sandwich and picnics alike. The annual observance continues today.