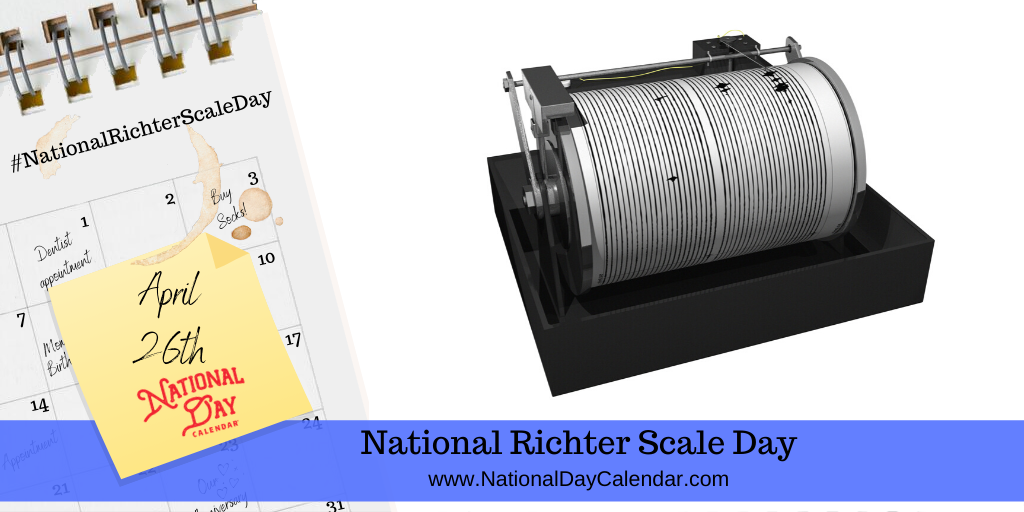 Richter was an American seismologist and physicist most famous as the inventor of the Richter magnitude scale, which quantified the size of earthquakes. While working at the California Institute of Technology, with Beno Gutenberg, Richter first used the scale in 1935.

After publishing the Richter Scale in 1935, it immediately became the standard measure of earthquake intensity. Since 1935, there have been other magnitude scales developed. Depending on the data available, different scales are used. However, most are not as popularly known as Richter Scale.

The United States Geological Service records show that the most significant earthquake since 1900, was in Chile in May 1960. Measuring 9.5 on the Richter Scale, it is known as the Great Chilean Earthquake.

Learn more about earthquake activity. Watch a documentary or read a book about Charles F. Richter and his invention. You can also explore the history of the world’s largest earthquakes.

Although the day commemorates the birth of Charles F. Richter, National Day Calendar continues researching the founders of this seismic holiday.

Q. What is the worst earthquake on record?
A. In terms of magnitude, the powerful Valdivia, Chile earthquake in 1960 registered 9.5 on the Richter scale.

However, in terms of the amount of destruction and lives lost, the 1952 Kamchatka, Russia earthquake is one of the most devastating. The earthquake and the tsunami that followed caused an estimated 15,000 deaths. It registered 9.0 on the Richter scale.

Another destructive earthquake took place in 2011 in Tohoku, Japan. Beyond the destruction of infrastructure, 15,894 deaths are attributed to the earthquake. It measured 9.1 on the Richter scale.

Q. Do all earthquakes create tsunamis?
A. No. However, the more powerful an earthquake is the more likely a tsunami will occur.