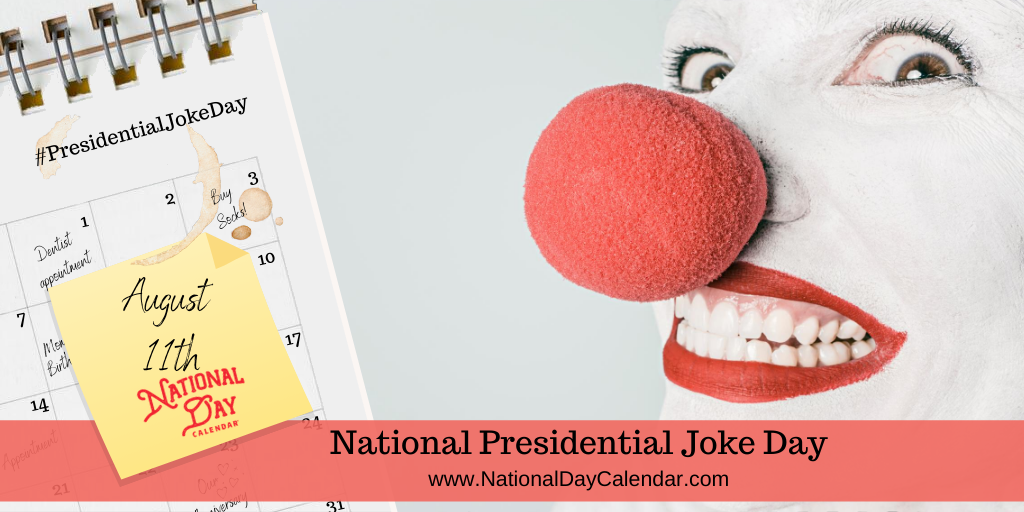 This day recognizes the humor often found and yet not so appreciated in the highest office in the land. With a nod to the blunders, take a look back at some of our presidents’ social missteps. Many of them are awkward. While in the moment, the Commander in Chief might not find them so funny. However, looking back, sometimes, they’re downright hilarious mistakes.

During an election year, the scrutiny of the constituency can be brutal. The presidential candidates should be prepared to handle the presidential joke. The citizenry will be listening!

Share your favorite presidential missteps and jokes. We even have a few to get you started:

Which president tells the best joke? Who handles their missteps the best. Let us know and use #PresidentialJokeDay to share on social media.

National Presidential Joke Day began on August 11, 1984. During a soundcheck for his Saturday evening radio broadcast, President Ronald Reagan joked, “My fellow Americans, I’m pleased to tell you today that I’ve signed legislation that will outlaw Russia forever. We begin bombing in five minutes.” Since 1982, the networks had agreed comments made during sound checks were off the record. However, someone leaked the recording to the general public. Eventually, CBS broadcast the recording on its Monday evening report. Critics blasted Reagan as being unpresidential, and others considered the joke harmless under most circumstances.