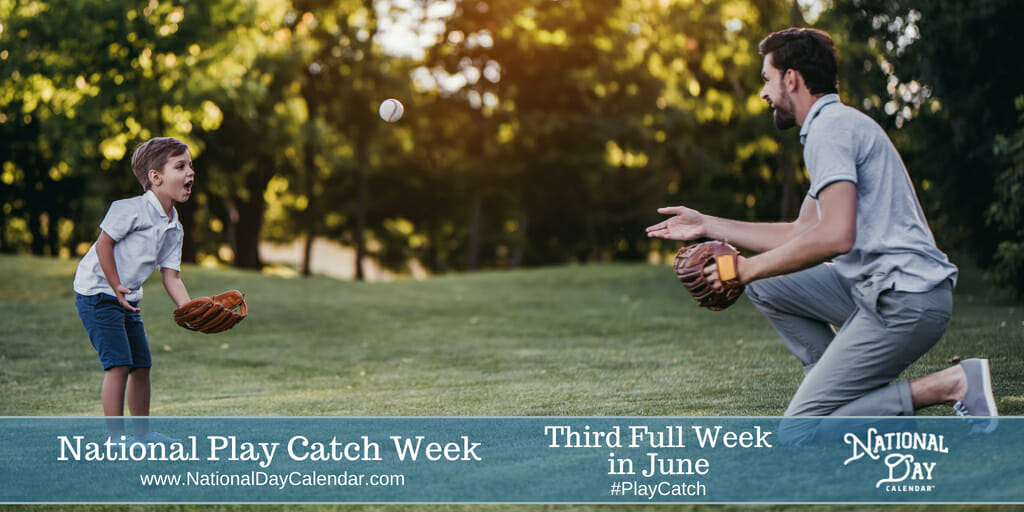 Beginning the week of Father’s Day, National Play Catch Week encourages everyone to pick up a ball, grab a buddy and head out to the nearest park or green space and #PlayCatch!

Whether you dig up an old pigskin, softball or baseball, get out there and #PlayCatch. There’s always someone yearning to learn and another who needs to loosen up an underused shoulder and show off – pass along – those old skills. Can you still throw a spiral? Does your two-seam fastball still move like it used to?

Don’t worry about the fancy stuff. Dust off the gear and start at the beginning. Playing catch is an excellent way to burn off some energy while spending time with family, friends, and coworkers. A ball doesn’t take much space, doesn’t need fancy electronics and it doesn’t tell you to work harder. In fact, the only thing you have to do is keep your eye on the ball.

That’s easy enough to do while carrying on a conversation with a son or daughter, father, mother, friend, or even a stranger who chooses to receive your wild pitch. The fun that ensues during National Play Catch Week could create a lasting routine.

It’s simple. You. Ball. Someone to play catch with. Repeat! What more could you ask for during a beautiful week in June than to spend time with someone, getting fresh air, and exercise all at the same time? Capture the moment and use #PlayCatch and #PlayCatchWeek to share on social media.

The Play Catch Foundation founded National Play Catch Week the Third Week in June to bring awareness to the benefits of playing catch with people. Rhett Grametbauer with Foam Finger Nation has played catch with people all around the country and attests to the joys it brings through his book and film. Both can be found at www.RhettGrametbauer.com.

The Registrar at National Day Calendar proclaimed National Play Catch Week to be observed the Third Week in June beginning in 2018.