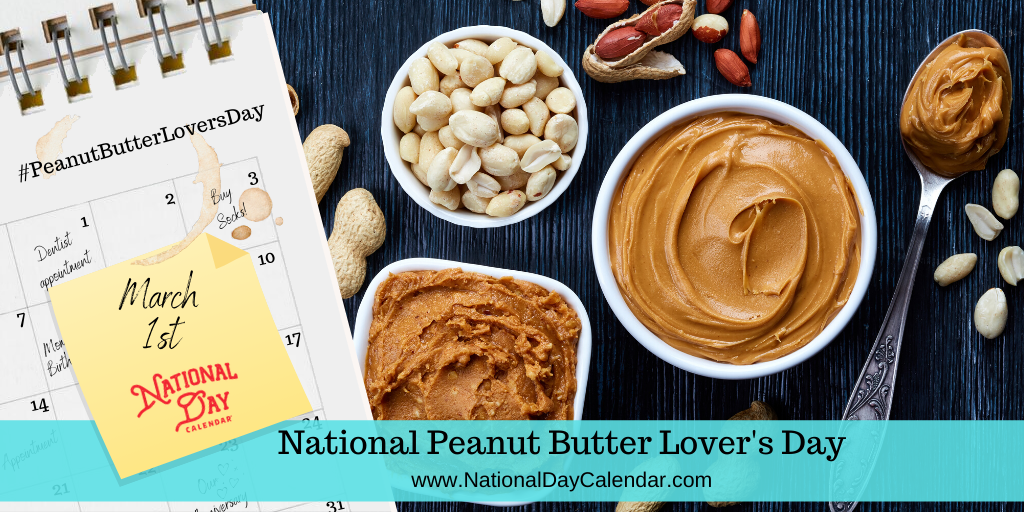 March 1st was made for National Peanut Butter Lover’s Day. Ah, peanut butter. One day is not enough to recognize peanut butter. The goober has been paired, blended and added with many tasty results!

The creamy, nutty goodness that is peanut butter is so amazingly delicious that when we pair it with creamy and dreamy chocolate, we almost have bacon.

The slang term for peanut butter in World War II was “monkey butter.”

A monkey visited the lab at Kellogg’s one day and dipped his banana in a jar of peanut butter, and he’s been ape over the combination ever since. Actually, banana slices with peanut butter sandwiched between them and dipped in chocolate make a terrific snack.

Then peanut butter got its passport and traveled the world. It paired up with some shrimp and got a little saucy. The result is a Thai peanut butter shrimp that is so yummy it had to be true love.

Things heated up a little when peanut butter jumped into the stew pot to sweat it out with a spring chick seasoned with some cayenne. African Chicken Peanut Stew tastes better than ever.

Some of the best times peanut butter has ever had is with marshmallows.  Fudge enjoys a satisfying dessert status to be envied.

National Peanut Butter Lover’s Day first made its appearance in 1990 commemorating the anniversary of when peanut butter made its commercial debut in the United States. Promoted by both the Adult Peanut Butter Lovers Fan Club and the National Peanut Board, the day found full cover peanut butter spreads in newspapers across the country. An un-named doctor was given credit for first providing peanut butter to his patients. In March of 1890, he began providing the spread to those patients who had difficulty chewing. More than 100 years later, we continue to celebrate the benefits of peanut butter, and its history, too.