National Pawpaw Day on the third Thursday in September provides a taste of the great (forgotten) American fruit. Take a bite out of a creamy mango-banana flavored pawpaw to celebrate!

Despite their tropical taste and appearance, many pawpaws grow natively in the United States. With over 60 varieties of pawpaw to choose from, the fruit’s character changes slightly in each one.

With a blend of banana and mango and sometimes pineapple, we shouldn’t be surprised by the names given to the pawpaw. For example, the Kentucky Banana and Hillbilly Mango hint at the exciting tropical experience awaiting us. Interestingly, the pawpaw is the largest edible fruit native to the United States.

Pawpaws are a rich part of the fabric of American history and have been from the very beginning. For example, the pawpaw Native American diets included the pawpaw as an integral part of their diets. Some may have cultivated the pawpaw, too. However, early Europeans confused the pawpaw with the papaya.

As part of United States history, rumor suggests the pawpaw was George Washington’s favorite dessert. Presidential farmer, Thomas Jefferson, cultivated the tree at Monticello. Additionally, while Jefferson served as minister to France in 1786, he shipped pawpaw seeds to friends living there. During the Corps of Discovery, Lewis and Clark wrote in their journals that they were quite fond of the pawpaw. At one point during their expedition in 1806, they relied on pawpaws when other provisions ran low.

While many people have never tasted the sweet, custard-like fruit, the day sets out to change that. This seasonal fruit enjoys a peak harvest time from late August through the first frost. Given that markets and festivals across the country offer samples, there’s ample opportunity to taste your first pawpaw.

Visit an orchard near you to pick a delicious pawpaw or sample them at a local farmer’s market. While you’re at it, discover recipes for desserts, too! Invite friends to discover this truly American fruit. Consider learning more about cultivating pawpaws and planting a couple. Maybe you’ll have your own pawpaw fruit in a few years to enjoy. Use #NationalPawpawDay to share on social media. 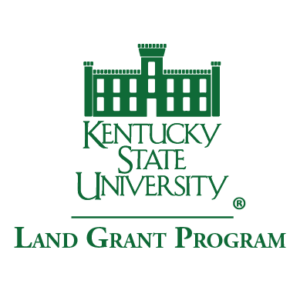 founded National Pawpaw Day in 2019 to celebrate the delicious fruit and raise awareness of its history in the United States. Through their one-of-a-kind pawpaw research program, the KSU Land Grant Program strives to improve growing methods, breed new improved cultivars, develop new pawpaw products, and gain a better understanding of the fruit.

The Registrar at National Day Calendar proclaimed National Pawpaw Day in 2019 to be observed on the third Thursday in September, annually.

Q. What can I make with pawpaws?
A. Anything you make with other fruits you can make with pawpaws. For example, add pawpaws to your baking or salads. You can also make jams and jellies. How does pawpaw ice cream sound to you? It sounds delicious to us!

Q. Do pawpaws have seeds?
A. Yes and it’s important to note that if chewed, the seeds can be toxic. Additionally, the skin of the pawpaw should not be ingested either.