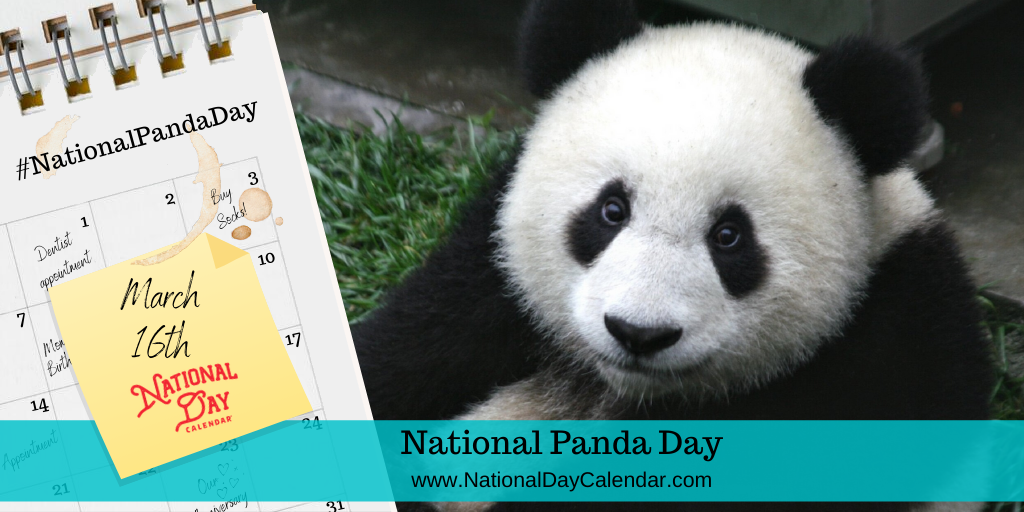 On March 16, National Panda Day draws attention to one of the world’s unique bears. Pandas are also one of the world’s most endangered and adored animals. Conservationists and animal lovers alike spread the word about increasing efforts of the international community dedicated to protecting and restoring habitat.

Native to China, giant pandas are members of the Bear (Ursidae) family. Their rapidly shrinking habitat is a major cause for concern. As an endangered species, successful panda breeding programs are rare. In the wild, there are approximately only 1,864 (according to the World Wide Fund for Nature) and 100 living in zoos around the world.

With their white face and black eyes and body, panda bears are easily identifiable. However, their black and white coloring was designed for their natural habitat. They disappear into the snowy mountains and temperate forests of southwest China. And despite their sweet disposition, they tend to isolate themselves in the wild. They eat mostly plants and do not hibernate in the winter like many other bears.

National Day Calendar continues to research the origins of this wildlife holiday.

Q. Do pandas only eat bamboo?
A. No. Panda bears also forage for certain kinds of vegetables and grains. They will also eat eggs and small animals like carnivores do. Perhaps the most surprising thing they eat is carrion.

Q. Do pandas have thumbs?
A. No but they do have an enlarged wrist bone that functions much like a thumb.

Q. Do pandas climb trees?
A. Yes. They also swim.

Q. Do pandas hibernate?
A. Unlike other bears, pandas do not hibernate.