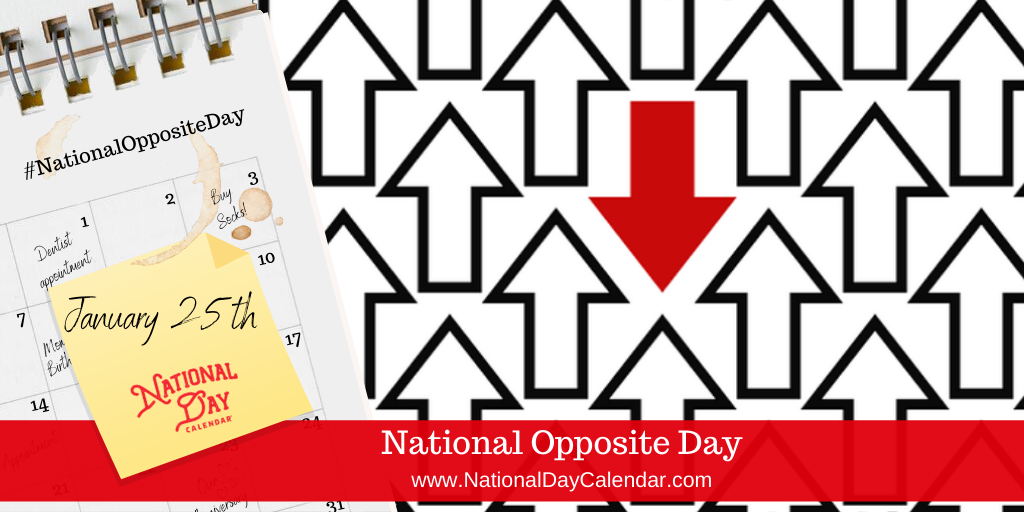 Day Opposite National on January 25th celebrates a fun day of switcher-roos. What better way than to not celebrate? We don’t really mean that, or do we?

The aim of the day is to have fun all day long saying exactly the opposite of what you really mean. This day has kids rejoicing everywhere. It is also a great day for adults to play along and break out of the winter blues. Maybe we should have dinner for breakfast and breakfast for dinner!

While National Day Calendar continues researching the origins of this day, we did discover one interesting reference dating back to President Calvin Coolidge in the 1920s. In the 1928 election, Coolidge made a statement to the press announcing, “I do not choose to run.”  That statement spurred a debate and left everyone wondering if he really meant the opposite.