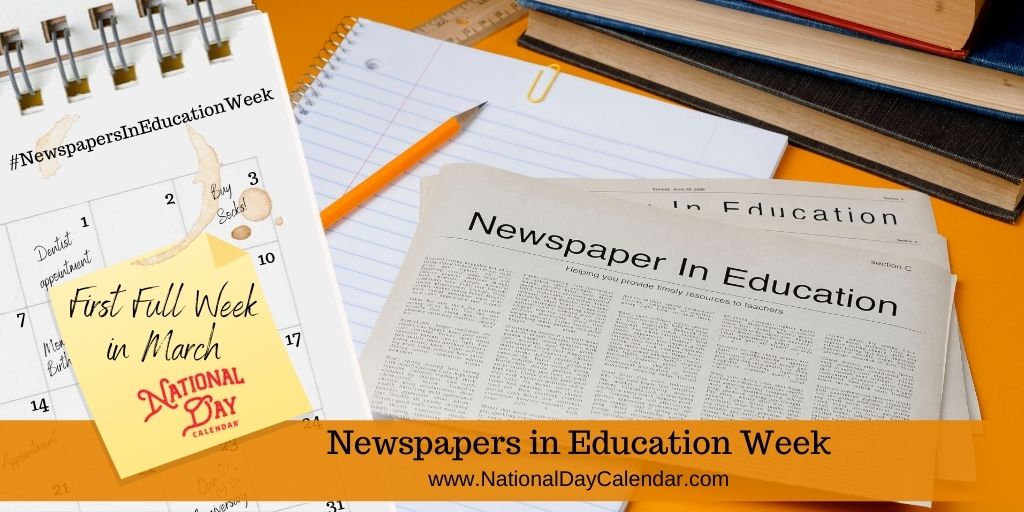 Newspapers in Education Week during the first week in March inspires educators to incorporate newspapers in the classroom. Throughout the week, guides and tools are provided to help schools with new ideas each year.

There are about 700 newspaper companies providing publications to their local school districts. Each instance involves an individual Newspapers in Education Week schedule of events. That means there are about 700 different celebrations of the week.

A handful of newspapers, including The New York Times, deliver papers to their local schools plus curriculum aids and teacher training.