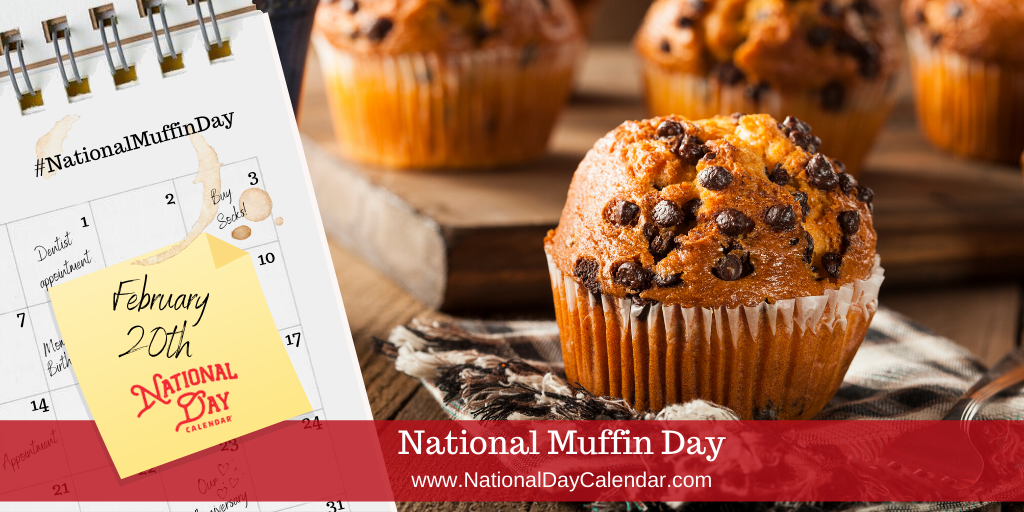 On February 20th, National Muffin Day serves up a delicious celebration packed with flavor and options, too!

Bakeries offer these single-serving quick breads in several sizes. From mini bite-sized muffins and jumbo ones to the favored muffin tops, they also offer a varied nutritional value. Depending on the ingredients, a muffin can be high in fat and calories. However, substituting whole grains, changing a few other ingredients, and limiting the serving size can increase the nutritional quality of a muffin.

Baking with fresh fruits and berries brings a brightness to muffins. It also keeps them from becoming dry as they bake. One of America’s favorite muffins is the blueberry muffin. Another way to add flavor and texture is by mixing in nuts and oats. Bakers often have bits of chocolate and bananas that need to be used. Mixing them into the muffin batter will keep your muffin eaters happy in the morning, too!

Bake up a batch of your favorite muffins. Running short on time? Stop by your favorite bakery and pick up a half dozen to share. Be sure to give a shout-out to the baker to let them know how much you appreciate their service. And use #NationalMuffinDay to post on social media.

We will continue to research this delicious national food holiday. Until then, we’ll put another batch in the oven and see what cooks up!

February 20th Celebrated (and Not So Celebrated) History

President George Washington signs the Postal Service Act formally creating the United States Postal Service. Before the 1792 act, temporary measures created by the Continental Congress established a postal service and postmaster general to oversee the system. The first person appointed to the role in 1775 was Benjamin Franklin.

The Metropolitan Museum of Art in New York City opened to the public. Founded by Eastman Johnson, John Taylor Johnston, Howard Potter, and George Palmer Putnam, the museum is the largest art museum in the United States.

Aboard the Friendship7, John Glenn becomes the first American to orbit the Earth

February 20th Celebrated (and Not So Celebrated) Birthdays

In 1939, Stotz established Little League Baseball and invited the community of Williamsport, PA, to support the organization with managers, uniforms, and places for the young players to compete.

The award-winning director, screenwriter, and producer is best-known for films such as M*A*S*H, Gosford Park, Popeye, and Prairie Home Companion.

In 1964, Poitier won the Academy Award for Best Actor for his role as Homer Smith in Lilies of the Field, becoming the first African American to win the award. The dramatic actor is also known for the films A Raisin in the Sun, In the Heat of the Night, and To Sir, With Love, just to name a few.

In 1983, the singer-songwriter and activist won the Academy Award for Best Original Song for “Up Where We Belong” from the film An Officer and a Gentleman.

During his 16 years in the National Basketball Association, the power forward played for the Philadelphia 76ers, Phoenix Suns and the Houston Rockets. Following his athletic career, Sir Charles became an NBA analyst.