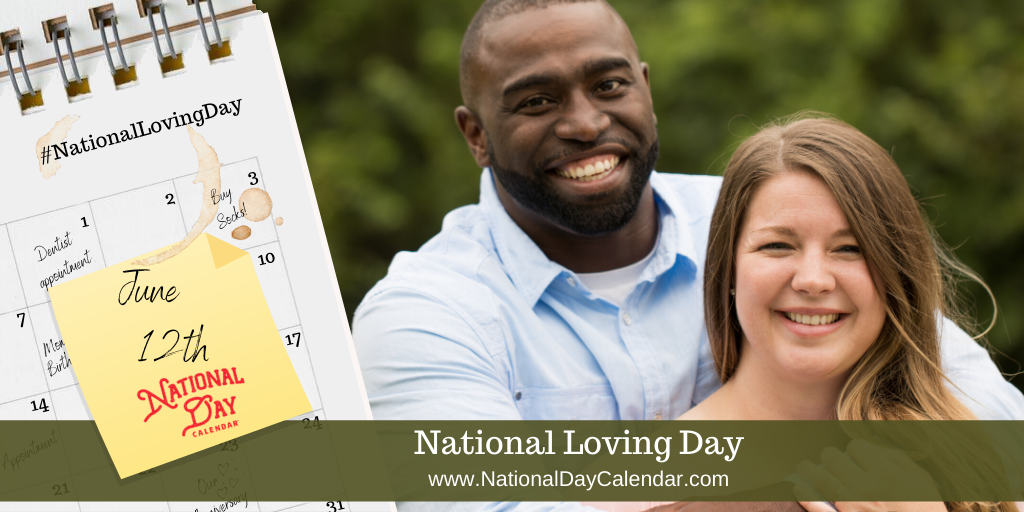 Each year, National Loving Day on June 12th commemorates the anniversary of the 1967 United States Supreme Court decision Loving vs. Virginia. This decision struck down all anti-miscegenation laws remaining in sixteen U.S. states. The ruling cited, “There can be no doubt that restricting the freedom to marry solely because of racial classifications violates the central meaning of the equal protection clause.” In the United States, anti-miscegenation laws were U.S. state laws banning interracial marriage.

Childhood friends, Mildred and Richard, met when she was 11, and he was 17. Over the years, they began courting. In 1958, when Mildred turned 18, the couple married in Washington and returned to their hometown north of Richmond. However, two weeks later, authorities arrested the couple. Mildred and Richard did not realize the state of Virginia viewed interracial marriage as illegal. The Lovings pleaded guilty, and to avoid jail time, they agreed to leave Virginia.

While living in Washington D.C., the Lovings started legal action by writing to Attorney General Robert F. Kennedy. Kennedy referred the case to the American Civil Liberties Union. The Warren Court unanimously ruled in their favor, and the Lovings returned to their Virginia home, where they resided with their three children.

Learn more about the Loving Vs. Virginia Supreme Court decision. You can do so by reading books, listening to podcasts, or watching documentaries about the case and the events leading to the decision. We provide a few suggested sources to get you started:

The celebration, Juneteenth, inspires National Loving Day, and the observance seeks both to commemorate and celebrate the Supreme Courts’ 1967 ruling. The goal is to keep its importance fresh in the minds of a generation that has grown up with interracial relationships being legal as well as explore issues facing couples currently in interracial relationships. While National Loving Day is not yet an officially recognized holiday by the U.S. government, a movement aims to persuade the government to do so.