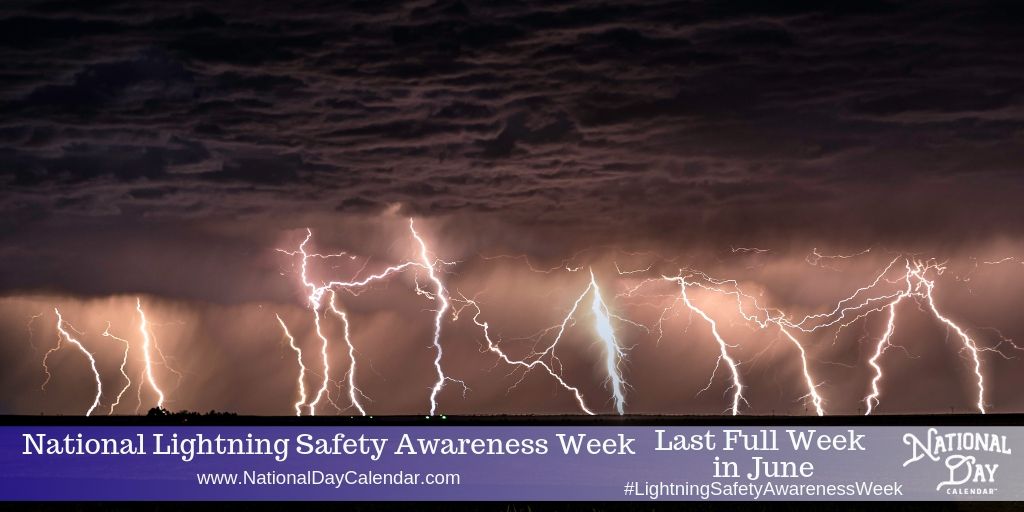 The third full week in June is National Lightning Safety Awareness Week. It is an effort by the National Weather Service to help increase lightning safety.

It may be shocking to learn that lightning is one of the deadliest weather systems. Records kept by the National Oceanic and Atmospheric Administration (NOAA) show lightning in the United States has killed more than any other weather factor. The second biggest killer is flooding, and the third is tornadoes.

Lightning Safety Awareness Week reminds people there is no safe place outdoors when a thunderstorm is in the area. Lightning can strike from over 15 miles away. The chances are if you can hear thunder, you are already in immediate danger. A lot of lightning injuries and fatalities happen because people were too slow to react to an approaching storm or too quick to get back outdoors before the storm was a safe distance away.

In 2001, the NOAA lightning specialist John Jensenius initiated the first “national Lightning Safety Awareness Week,” an effort that has continued to grow since then. For his work in lightning safety education, John was honored with the National Weather Association’s 2005 Public Education Award. In 2006, in recognition of his efforts to initiate NOAA’s lightning safety efforts and for his contributions to that effort, John was awarded a Department of Commerce Silver Medal, the Department’s second highest honor.