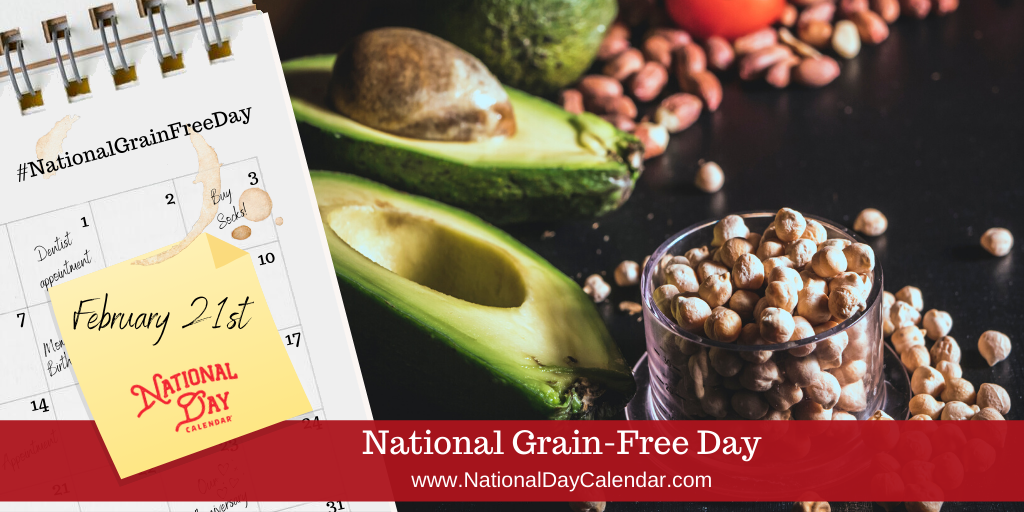 National Grain-Free Day on February 21st inspires families and friends to gather and enjoy each others’ company over grain-free meals. What a remarkable way to devote an entire day to loved ones who cope with dietary limitations. Not only does the day create a way to recognize the difficulties of a restricted diet, but it celebrates the family and brings everyone back into the kitchen for a meal designed just for them.

Often someone who cannot have wheat, corn, or rice due to an allergy or another autoimmune disease finds themselves eating celery sticks at the latest family gathering or office party. But what we truly miss are the traditional family meals and feeling included. The celebration sets out to create an entire day full of meals entirely grain-free.

Friends and family join in the festive atmosphere and enjoy the delicious aromas of the recipes the menu has to offer. Create a memorable spread and don’t leave out the dessert! In 2019, Siete Family Foods founded National Grain-Free Day to support those whose dietary restrictions require them to eat grain-free. They hope to bring them back around the table again by raising awareness and enjoying family meals.

The Registrar at National Day Calendar proclaimed the day to be observed on February 21st, annually.

Q. Are there grain-free flours that I can use in baking?
A. A. Yes. Grain-free flour comes from several sources. Some of them come from roots and nuts. Another source includes bananas.

Q. I miss eating rice. What is a good grain-free alternative?
A. Riced cauliflower, broccoli, or potatoes all serve as delicious alternatives. Choose the one that’s right for your meal.

February 21st Celebrated (and Not So Celebrated) History

The Cherokee Phoenix newspaper issued its first issue in New Echota, Cherokee Nation. Located in modern-day Gordon County, Georgia, the newspaper was edited by Elias Boudinot and printed in both English and Cherokee, using the written language created by Sequoya in the early 1800s. The newspaper would add the name Indian Advocate. Over the years, printing would stop due to funding and their forced removal west. However, today, the newspaper continues and also has an online presence.

On a frigid day in February, honor guests and military leaders gathered to dedicate the Washington Monument. During the ceremonies, President Chester Arthur accepted the monument on behalf of the people. The 555-foot tall obelisk opened to the public on October 9, 1888, after construction was completed.

The United States Patent Office issues patent no. 46,454 to blacksmith John Deere for the “improvement in plows.” Deere designed the curved and polished steel blade to precisely cut through the prairie soils. Today the design is known as a self-scouring steel plow. Unlike previous methods, the sticky clay comes away from the plow blade as it cuts through the soil instead of adhering to it and gumming up the blades.

The New Haven District Telephone Company issued the first telephone directory in the United States. The directory listed approximately 50 subscribers, advertisements, and instructions for using the telephone. Absent from the directory? Telephone numbers.

Harold W. Ross published the first issue of the weekly magazine, the New Yorker. Ross was also the magazine’s editor until he died in 1951.

While speaking at the Audubon Ballroom during an Organization of Afro-American Unity meeting, Malcolm X is assassinated. Three members of the Nation of Islam were convicted of the crime: Thomas Hagan, Muhammad Abdul Aziz, and Khalil Islam. Only Thomas Hagan admitted involvement.

February 21st Celebrated (and Not So Celebrated) Birthdays

“A friend doesn’t go on a diet because you are fat.” Erma Bombeck. The American humorist syndicated her newspaper column “At Wit’s End” in 1965. She also published several books including At Wit’s End, The Grass Is Always Greener Over The Septic Tank, and A Marriage Made in Heaven…or Too Tired for an Affair.

The Grammy-nominated R&B artist was a prolific performer and produced an enormous volume of work during her career. Recordings like “I Put a Spell on You,” “You’ll Go to Hell,” and “Four Women” among others earned her critical success.

Author of Fight Club (1996), Chuck Palahniuk has published more than a dozen novels, graphic novels, and short stories. The freelance journalist’s first novel, Fight Club, was also made into a film.

The identical twin astronauts participated in a landmark genomics study launched in 2015. While Scott Kelly spent nearly a year in space aboard the International Space Station, his brother Mark remained on Earth. The study examined the effects of space travel on DNA.

In 2003, the American actor and comedian found his rising star in the Fox comedy sketch series Mad TV. He is also known for Key & Peele and The Twilight Zone.