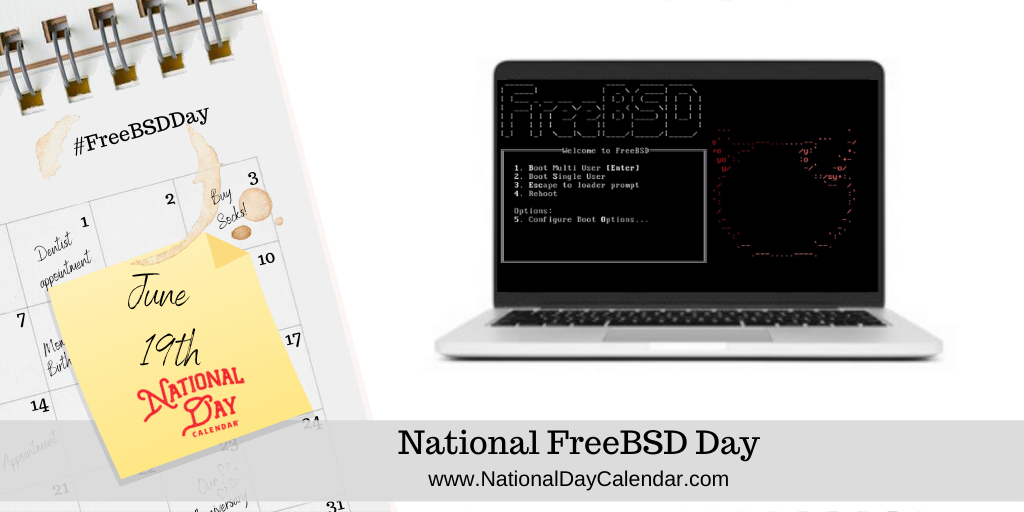 National FreeBSD Day on June 19th commemorates the launch date of an innovative technology that many of us use every day.

The open-source operating system called FreeBSD developed out of the University of California at Berkley in 1993. Billions of people around the globe use FreeBSD to teach operating system concepts in universities. Companies also develop products on FreeBSD, and universities use it as a research platform.

While you may not be familiar with FreeBSD, there’s a good chance you’re already using at least some code derived from it in your everyday life. For example, do you stream movies via Netflix? How about chat with friends on WhatsApp? Maybe you play the latest PlayStation 4 game sensation. If so, you’re already using FreeBSD.

As a pioneer in open-source technology, users can modify and redesign FreeBSD to meet their needs, free of charge within the guidelines of the license. Through a network of users, the software keeps pace with today’s technology and prepares us for what’s ahead.

Learn more about FreeBSD, its history, and its applications at www.freebsd.org. Share your experiences with FreeBSD. While exploring the possibilities, join the discussion using #FreeBSDDay on social media.

FreeBSD Foundation founded National FreeBSD Day to recognize its pioneering and continuing impact on technology and honor its legacy. Commemorating the launch date of FreeBSD, June 19th, was selected.

On June 15, 2017, the Registrar at National Day Calendar declared the day to be officially observed on June 19th, annually.

June 19th Celebrated (and Not So Celebrated) History

Convicted spies, Julius and Ethel Rosenberg are executed by electrocution at the Sing Sing Prison in Ossining, New York.

Valentina Tereshkova returns to Earth aboard the Vostok 6. The first woman to travel in space spent 71 hours orbiting the Earth.

June 19th Celebrated (and Not So Celebrated) Birthdays

The American first baseman played 17 seasons with the New York Yankee. His superior batting ability gained him the nickname “The Iron Horse.”

Born in India, the British author published his 18th book in 2019. Some of his works include The Jaguar Smile, The Satanic Verses, and Quichotte.

Best known for her roles as Clair Huxtable on The Cosby Show and Carol Clarke in This is Us. She is also the sister of actress Debbie Allen. Rashad joined her sister on the set of Grey’s Anatomy in 2021 for one episode.

The American actress gained prominence in the 1980s with films such as Romancing the Stone and The War of the Roses.

The American singer, songwriter, choreographer, and actress rose to fame in the 1980s after a stint as a Laker Girl and the squad’s head choreographer. Her first hits included “Forever Your Girl” and “Head over Heels”. She also serves as a judge on American Idol as well as several other competition shows.