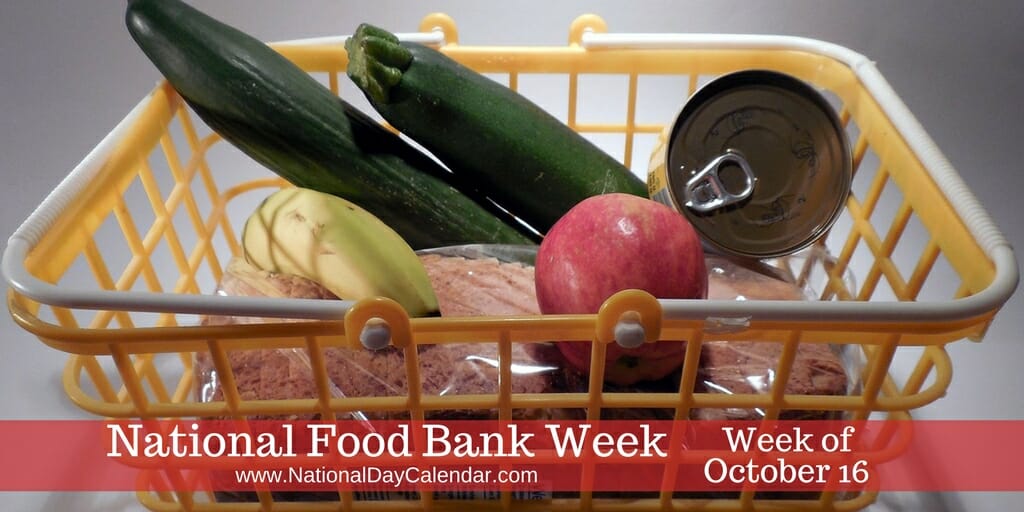 National Food Bank Week during the second week of October is not only a week long food drive but a time to bring awareness to the narrow line between a full cupboard and empty one.  It also honors the volunteers, donors, and the inspiring folks who make food banks possible.

Food banks across the country join forces during National Food Bank Week organizing fundraisers, marches, dinners and campaigns. Each is designed to remind us that today’s world produces enough food that not a one person should go hungry and yet around the world 805 million live with hunger on a daily basis.  Even in agriculture prosperous United States, a job loss, illness or sudden emergency causes individuals to be at risk of hunger.

Support your local food banks and learn more about reducing hunger around the world.  Use #NationalFoodBankWeek to share on social media.


In 1987, President Reagan proclaimed the week of November 8 – 14, 1987 as National Food Bank Week. This was a one-time declaration, but for four years following this proclamation, food banks across the country observed the second full week of November with food and awareness drives.

Then in 1992, Second Harvest Food Bank in Santa Clara and San Mateo, California. That year they launched National Food Bank week in conjunction with World Food Day on October 16, which was first established in 1979 in celebration of the establishment of the Food and Agriculture Organization of the United Nations on October 16, 1945.