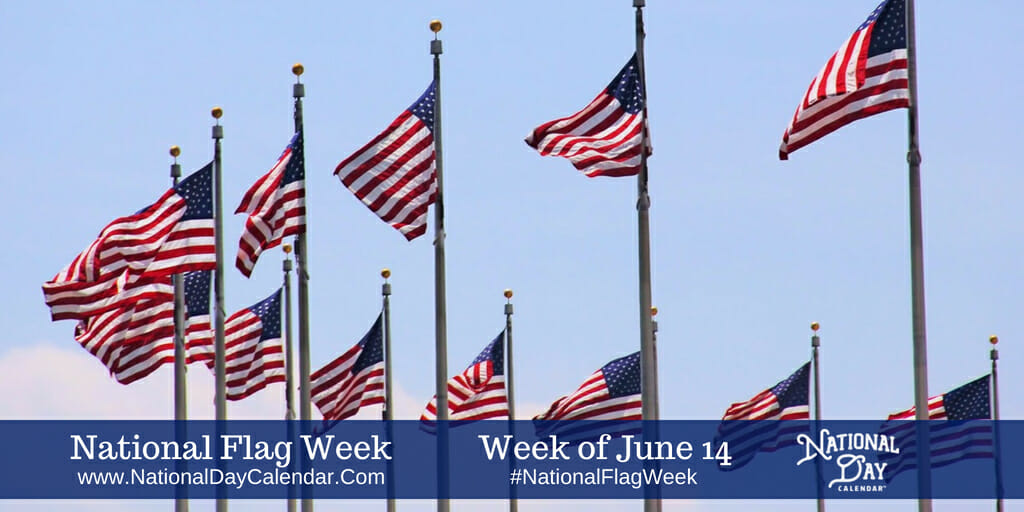 While many different flags were flying over the original 13 colonies, Old Glory’s official history dates back to June 14, 1777, when the Second Continental Congress passed a resolution establishing the young country’s banner.

The thirteen stripes alternated red and white representing each of the original colonies. A circle of thirteen white stars in a field of blue represented the union.

For a time, the stars and bars included 15 of each! In 1795, after Vermont and Kentucky were granted statehood in 1791 and 1792 respectively, a new design represented the newly appointed states.

Fly the red, white and blue. For information on how to properly fly the Flag of the United States of America, visit The American Legion.

On June 9, 1966, Congress authorized the President by joint resolution Public Law 89-443 to annually proclaim National Flag Week during the week of June 14.