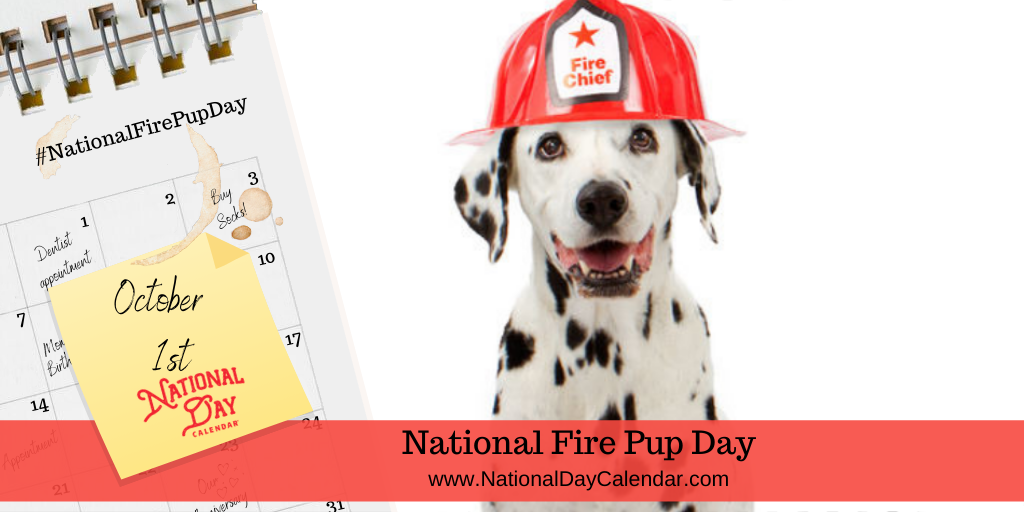 National Fire Pup Day on October 1st recognizes the canine firefighters that have long been members of fire departments across the country.

While the Dalmation’s origin is unknown, their use in firehouses began during the 1700s. Trained as a carriage dog, the Dalmatian’s agility transferred quickly to horse-drawn fire engines. Even though Dalmations weren’t the only dogs fit for carriage work, they were the ones who mostly filled the role of fire dogs. They were also easily identified by their spotted and speckled coats.

In the days of the horse-drawn fire carts, they provided a valuable service, having a natural affinity to horses. The Dalmatian’s duty was to run alongside the horses. They ran in front of or beneath the wagon axles clearing the way.

Long after the red engines replaced horse-drawn wagons, the Dalmatian remains a recognizable tradition in fire stations across the country. These energetic firehouse mascots serve to educate the public about fire safety. They also represent past fire pups in honor of their heroism.

Q. What other kinds of jobs can dogs do?
A. A working dog is nothing new. Dogs have been aiding humans for centuries. Some of their first jobs were aiding humans in hunting and war. In the modern world, dogs still play vital roles in society.

Q. Are all Dalmatians deaf?
A. No. However, the breed is prone to deafness in either one or both ears. The Dalmatian isn’t the only breed with reports of deafness. Though dogs with white pigmentation tend to have a high frequency of congenital deafness.