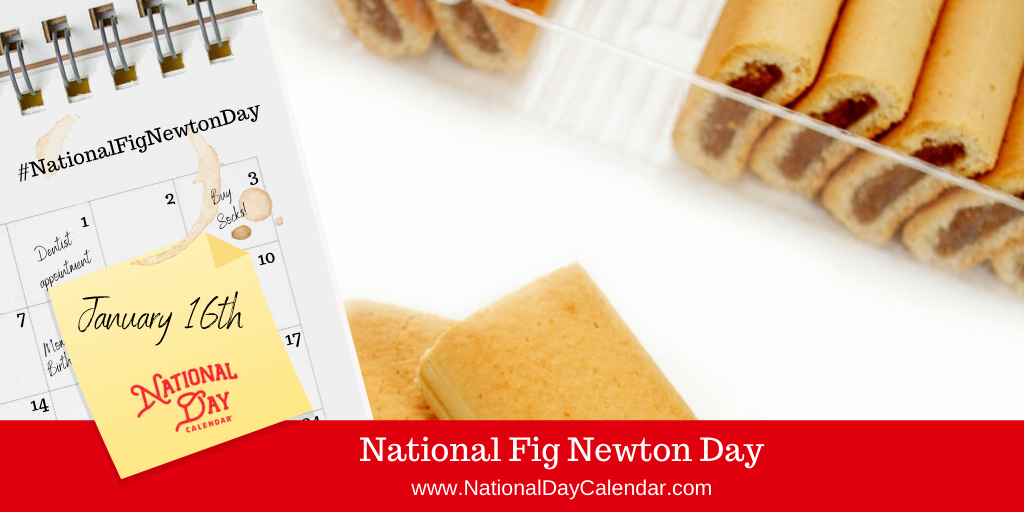 A Nabisco’s trademarked version of the fig roll, Newtons are a pastry filled with fig paste. Fig Newtons have an unusual and characteristic shape that has been adopted by many competitors, including generic fig bars.

Up until the 19th century, many physicians believed most illnesses were related to digestion problems. As a remedy, they recommended a daily intake of biscuits and fruit. Fig rolls served as an ideal solution to their advice, which remained a locally produced handmade product.

In 1891, Philadelphia baker and fig-lover Charles Roser invented and patented the machine, which inserted fig paste into a thick pastry dough. The Cambridgeport, MA-based Kennedy Biscuit Company then purchased Roser’s recipe. They began mass production after purchasing the recipe. In 1891, they produced the first Fig Newtons baked at the F.A. Kennedy Steam Bakery. The company named the pastries after the town of Newton, Massachusetts.

Enjoy a Fig Newton, fig roll, or make your own. People of all ages enjoy this tasty bar. It comes in various flavors, but fig seems to be the most popular. Enjoy it with coffee, tea, or juice.

We even found a delicious recipe for you to try and share.

National Day Calendar continues to seek the origins of this figurative food holiday. Unfortunately, while we may not figure it out, we sometimes get out of a jam. Oh well, we’ll follow the crumbs.

Q. Is a Fig Newton a cookie?
A. In the U.S., the package is labeled a cookie. In the U.K., they are labeled a biscuit. But that’s less about the Fig Newton and more about language. However, some people call them fruit-filled cakes. So even though a biscuit company originally made the trademarked fig rolls, you can call them a cookie.

Q. Do Fig Newtons come in other flavors?
A. Funny you should ask. In 2012, Nabisco dropped the word “Fig” from the product’s name. Since then, new flavors have hit the shelves, including strawberry, peach, and apple.