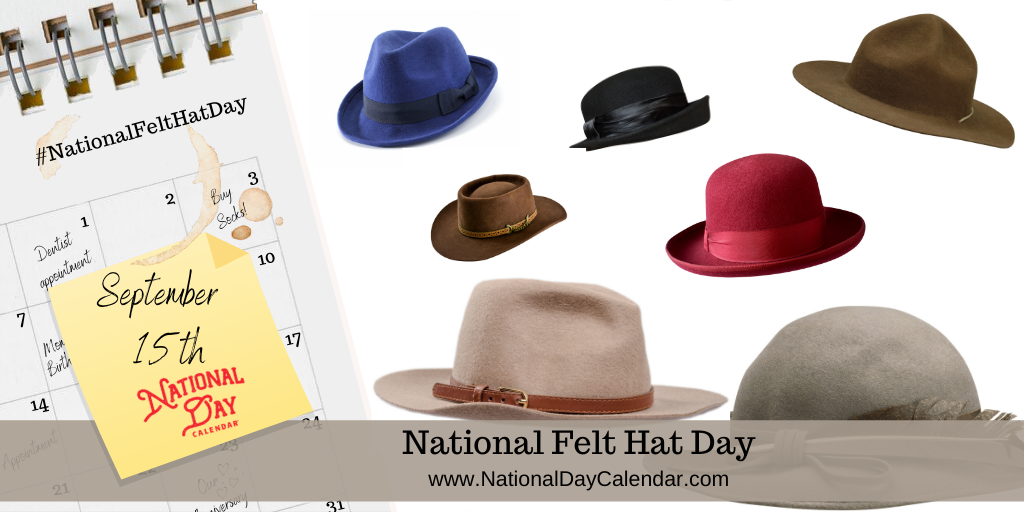 Historically, men and women wore hats as protection and status symbols, too. This time of year, people traded in the lighter, cooler straw hat for the warmer felt hat. Additionally, etiquette dictated what hats men and women wore and where. For example, good behavior required men (mostly) to learn to don and doff the hat at an early age.

While primarily made from wool, felt can also be made from the fur of other animals. Usually, rabbit and beaver were the furs of choice. During the 16th and 17th centuries, beaver hats reached popularity but over trapping depleted the population.

The phrase “a mad as a hatter” comes from the use of mercury nitrate in haberdasheries in the late 18th and early 19th centuries. Over time, daily exposure to this metal caused these tradesmen to develop dementia, tics and other symptoms. These unusual side effects caused people to believe their hatters had gone mad.

Over the centuries, many styles of felt hats have made their debut. We can identify an era by many of them. Its buckle will quickly identify the Quaker, and the stovepipe reminds most Americans of one of its most beloved presidents. Others have odd names such as pork pie, bowler, and stingy brim.

Celebrate by donning your favorite felt hat and snapping a picture. Try out styles you’ve never worn before. Go on a hat shopping expedition. Study up on millinery techniques.  You might just find out the Fanchon, flower pot, Reubens, Fedora, or a Panama is really your style instead. Use #NationalFeltHatDay to post on social media.

Q. How are felt hats made?
A. Felt hats are made from wool or animal fur and other natural and synthetic fibers that have been matted and pressed together to create a textile. The felt is then steamed, shaped over a form, and steamed some more before being left to dry. The finishing touches include stitching and embellishments such as leather, ribbon, or other ornaments.

Q. Can you wear felt hats all year long?
A. Felt hats can be worn in any season. Because felt comes in a variety of weights, lighter-weight felt is preferable during the summer.