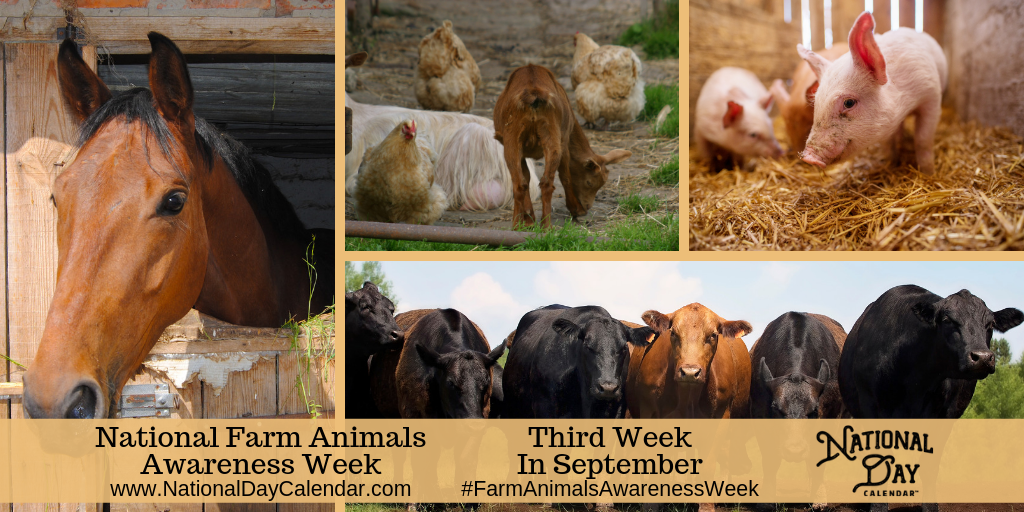 The third week in September is National Farm Animal Awareness Week. The week is meant to shed light on the plight of farm animals raised in what are called factory farms.

The week also highlights farm animals used in science laboratories. According to a Canadian survey, there were 323,592 farm animals used in research, testing, and teaching in one year. The principal farm species used in descending numbers were: cows, chickens, pigs, sheep, turkeys, and goats.

Throughout the week, the Humane Society will share facts regarding the intelligence and nature of farm animals. For example, did you know that the only area of a pig’s body that sweats is its nose?

Check out these interesting facts:

Dr. Michael Appleby, senior vice president with Humane Society of the US, (HSUS) notes, “More and more farm animals are being raised on huge factory farms, where the conditions make it impossible for them to express their natural behaviors. We are hoping that educating people about the socially complex and intelligent nature of animals raised for food will increase concern about their welfare.”

Read a book about ways to help farm animals, and why. One suggested book is The Animal Manifesto by Marc Bekoff.

Volunteer at an animal shelter.

Get involved with providing sanctuaries for farm animals at Farm Sanctuary.

Visit the Human Society of the U.S. website about farm animals.

Use #FarmAnimalsAwarenessWeek to follow the discussion on social media