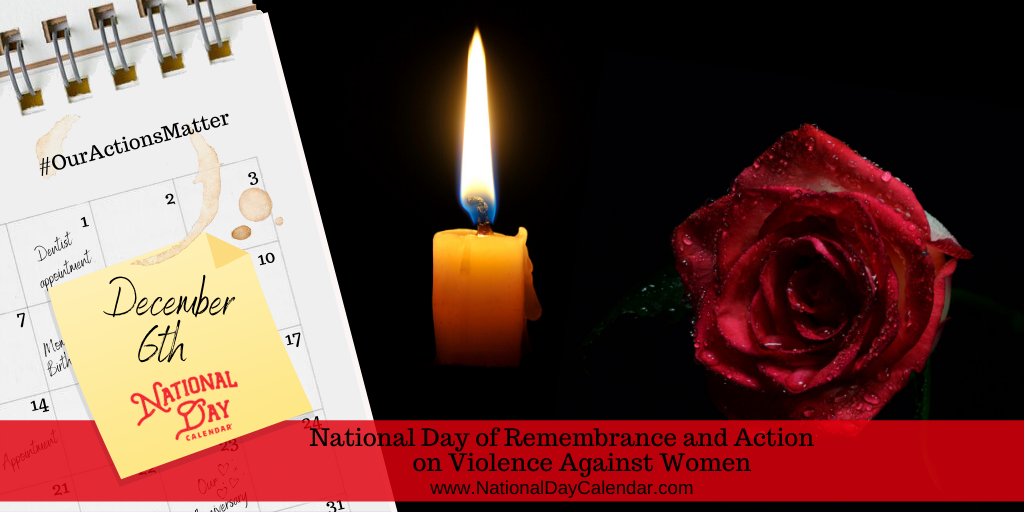 NATIONAL DAY OF REMEMBRANCE AND ACTION ON VIOLENCE AGAINST WOMEN

Every year on December 6th, Canada observes National Day of Remembrance and Action on Violence Against Women. The day commemorates the anniversary of the École Polytechnique massacre in 1989.

On December 6th, 1989, an armed male student named Marc Lepine entered a mechanical engineering classroom at École Polytechnique in Montreal. First, he separated the men from the women. Then, he open fired on the women while yelling, “You are all feminists.” Fourteen between the ages of 21 and 31 were killed, and ten were injured. The shooter also shot himself. The event became known as the Montreal Massacre and shocked all of Canada.

The National Day of Remembrance and Action on Violence Against Women is observed during the 16 Days of Activism Against Gender-Based Violence. This international campaign begins with the International Day for the Elimination of Violence against Women on November 25th. It ends on December 10th, which is World Human Rights Day.

In observance of this day, every federal building in Canada flies flags at half-mast. Canadians are encouraged to observe a minute of silence. As part of the White Ribbon Campaign, men wear a white ribbon to express their commitment to end violence against women. Some universities organize candlelight vigils.

To share this day on social media, use #OurActionsMatter. The hashtag is a call to everyone to question, call out, and speak up against acts of gender-based violence.

The Parliament of Canada established the National Day of Remembrance and Action on Violence Against Women in 1991.