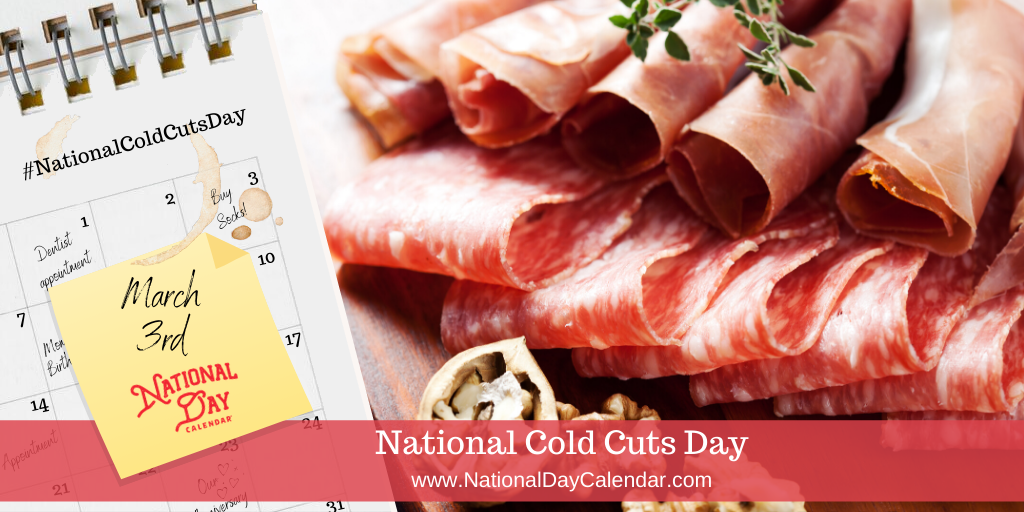 There are the deli staples like the humble turkey and ham.  Then there are the culinary delights like salami and prosciutto and flavors that require a more acquired taste like head cheese and braunschweiger. Whatever your taste, there is a cold cut for everyone. Well, everyone except the vegetarian.

Every nationality has a flavor all their own when it comes to seasoning, curing and aging a variety of meats. Spices, smoking, and time alters the taste. When the animal is butchered, temperature and air circulation affect the flavor, too.

It’s essentially an art history lesson all rolled into one, and at the end of it all, there’s mouth-watering food that can be enjoyed with friends and a good beverage.

Or, it’s merely a piece of meat meant to make a meal. Breaking bread with friends sounds so much more delightful, though.

Bologna is one of the most popular cold cuts in the United States due to a famous commercial. Named after the Italian city of the same name, bologna is similar to an Italian sausage called Mortadella.

Visit a local deli and enjoy the following recipes:

March 3rd Celebrated (and Not So Celebrated) History

For the first time, Congress overrides a presidential veto. Outgoing President John Tyler vetoed an appropriations bill from Congress. It wasn’t Tyler’s first use of his veto powers. At the time, only one other president use the veto more and that was Andrew Jackson. (Since then, presidents have found their veto stride.) On the last day of the Congressional session, Congress used its power to override the veto for the first time.

After graduating law school in 1873, Belva Lockwood lobbied to be admitted to the U.S. Supreme Court bar. It wasn’t until March 3, 1879, that she would become the first woman admitted to appear before the Supreme Court.

President Herbert Hoover signs a Congressional resolution making the “Star-Spangled Banner” the national anthem of the United States. In 1916, President Woodrow Wilson signed an executive order designating the song written by Francis Scott Key in 1814 as the country’s national song and the U.S. Navy had long honored the song.

March 3rd Celebrated (and Not So Celebrated) Birthdays

All aboard!! The innovator of the industrial age developed luxurious passenger cars. Pullman also created company towns and under his watch union strikes broke out during one of the country’s worst depressions.

Born Hin-mah-too-ya-lat-kekt, or Thunder Rolling Down the Mountain, Joseph became Chief of the Nez Perce in 1871 following the death of his father. At the time, the federal government was making efforts to remove the Nez Perce from the Wallowa Valley in northeastern Oregon to land in Idaho. Chief Joseph is best known for being a part of the resistance that lasted months and gained the respect of military leaders, despite its failure and his uncertain role as the leader.

“Mr. Watson. Come here. I want to see you.” “E.T. phone home.” “Can you hear me now?” All these sentences connect us to one invention. While the Scottish-born inventor patented the telephone, his interests were broad including medical research and aeronautics.

Recruited by J. Robert Oppenheimer, Robert Wilson headed the cyclotron group for the Manhattan Project. Wilson’s artistic talents became integral in his later career when his eye for aesthetics enhanced the design of Fermilab.

The award-winning American children’s author is best known for her novel Sarah, Plain and Tall.

The multi-talented American athlete won the 1982 Heisman Trophy. His 16-year professional football career was split between the United States Football League (USFL) and the National Football League (NFL). Between the two leagues, the running back accumulated a combined 13,787 rushing yards.