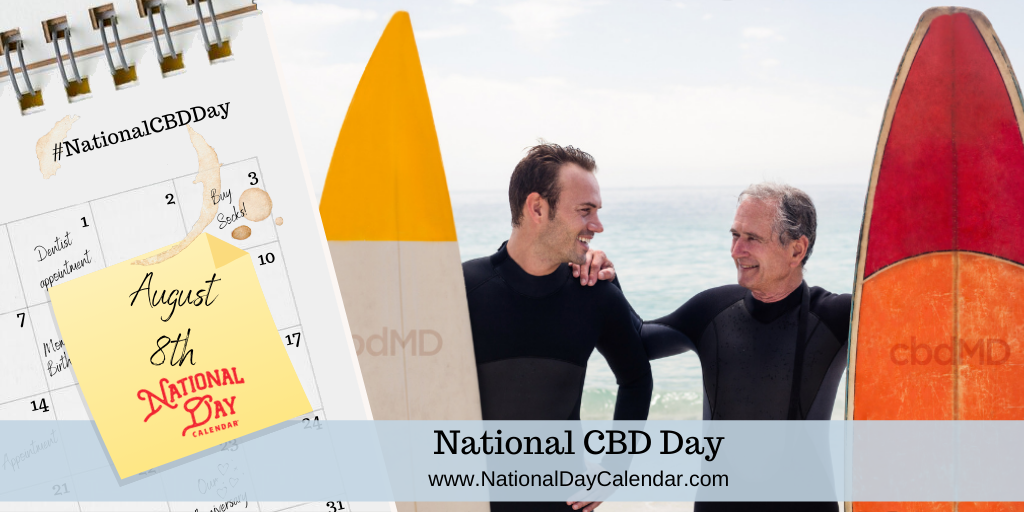 On August 8th, National CBD Day recognizes the natural hemp product everyone’s clamoring for! Learn about CBD and updated laws impacting its use.

Over the years, hemp-derived CBD (cannabidiol) has made quite a name for itself in the wellness world. Since a growing number of products – from tinctures to topicals – hit the marketplace, CBD continues to be shoppers’ favorite holistic option. As an added bonus, CBD does not possess the psychoactive properties of THC.

Another advantage of CBD is that it is naturally sourced and extremely versatile. Try swallowing it, vaping it, rubbing it on your skin, or bathing in it. CBD even benefits your pets!

CBD Through the Ages

The hemp plant has withstood the test of time and politics; herbalists have long used hemp to promote wellness. Farmers have also grown it as a source of fiber to make cloth and rope. Yet, in the 20th century, governments clamped down on all things cannabis and everything related to it.

Nowadays, political leaders recognize what scientists long knew; properly sourced CBD will not get you high. In 2018, the federal government defined hemp, which has little or no THC in it (less than .03% to be exact), as a legal plant that is distinct from marijuana. Therefore, hemp-based products like CBD oil don’t fall under national anti-drug laws.

HOW TO OBSERVE National CBD Day

National CBD Day offers a wealth of opportunities to explore hemp. Whether you are new to CBD or are already reaping the benefits, the day is for you. Discover how hemp and CBD can benefit your life and the world around you.

When you seek the powerful properties of CBD you also experience a wealth of natural relief and recovery. Join others seeking natural support on #NationalCBDDay, and get proactive about your wellness regimen.

Don’t forget to use the hashtag on social media to help spread the message on #NationalCBDDay.

August 8th Celebrated (and Not So Celebrated) History

The U.S. Patent Office issues patent #N.180,857 to Thomas Edison for Improvement in Autographic Printing. Samuel F. O’Reilly would make further modifications to Edison’s motorized pen design for use in the tattoo trade.

Five years after the Wright brothers achieved motorized flight in Kitty Hawk, North Carolina, they present their flying machine to a public audience for the first time. Wilbur Wright piloted the aircraft at a racecourse in Le Mans, France.

Warner Bros. releases “The Squakin’ Hawk” and debuts the character Henery Hawk. The spirited brown hawk appeared in 13 Looney Toon shorts. He was often seen pursuing a chicken for supper. His most popular target was Foghorn Leghorn.

During World War II, 6 Nazi spies who brought their activities to the United States, are executed for treason in Washington, D.C.

Florence Chadwick swims the English Channel from France to England. Her time of 13 hours and 23 minutes broke the record previously held by American Gertrude Ederle.

The Beatles release “Yellow Submarine” in the United States. The flip side of the single included the song “Eleanor Rigby.”

President Richard Nixon informed the public on national television that he would resign the presidency effective noon the next day.

A British mail train becomes the target of a heist. In the robbery, 15 thieves relieve a mail car of £2.6 million. While all of the thieves are later captured and convicted, the mastermind and insider is never revealed.

In the new agreement, Major League Baseball will permit two new National League teams in 1993. The teams added in the expansion year were Colorado Rockies and the Florida Marlins (Miami Marlins).

The Chicago Cubs play their first night game at Wrigley Field 112 years after their inception. When darkness set in, 91-year-old Harry Grossman threw the switch that brought to the theater below. However, the game was never completed due to rain at 3 1/2 innings. It’s interesting to note that the first night game ever played at Wrigley Field came in 1943 during World War II when the All-American Girls Professional Baseball League played their All-Star game under temporary lights.

Coolio releases “Gangsta’s Paradise” which features music from Stevie Wonder. The song would go on to be featured in the 1995 movie Dangerous Minds.

August 8th Celebrated (and Not So Celebrated) Birthdays

In an expedition led by Robert Peary, Henson became the first African American to reach the North Pole.

The 1933 winner of the Nobel Prize in Physics, the British physicist contributed to the advancement of quantum physics.

Swimming champion turned movie star, Williams appeared in many of her films doing what she does best – swimming. She would also earn her star on the Walk of Fame in 1960.

The country musician and songwriter is known for songs like “Coca Cola Cowboy” and “Let’s Go All The Way Tonight.”

An Oscar-winning actor, Hoffman made his film debut in 1967 in The Tiger Makes Out. He is also known for his roles in The Graduate, Midnight Cowboy, Tootsie, and Hook.

Pilot and cosmonaut, Savitskaya’s achievements include being the 2nd woman in space. During her second flight to space, she also became the first woman to complete a spacewalk. She is the only Russian woman to perform a spacewalk.

Television and film actor, Carradine is known for many roles including FBI Agent Frank Lundy in the HMO series Dexter and Lou Solverson in the FX series Fargo.

The Red Sox drafted the first baseman into the MLB in 2007. He has also played for the San Diego Padres and Chicago Cubs.