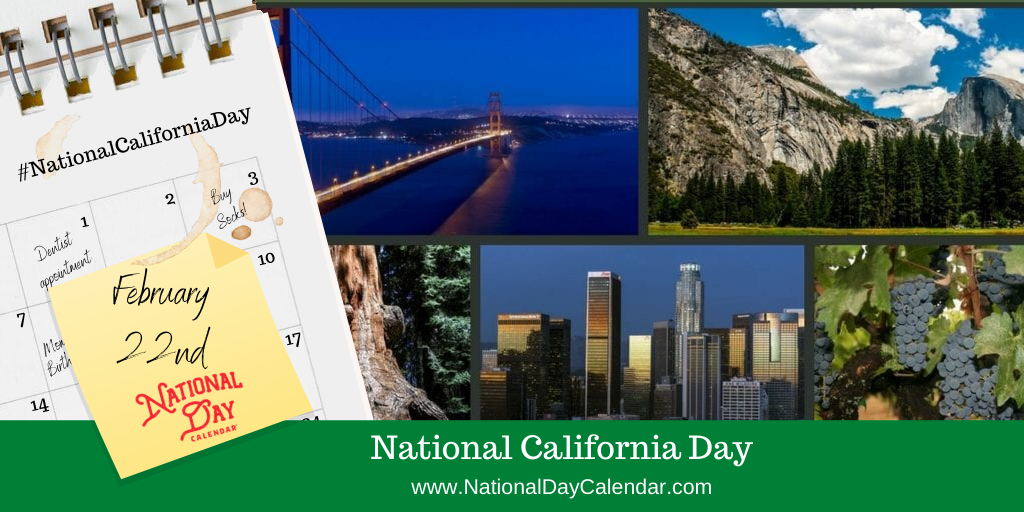 For more than a century, Spanish missionaries settled in California. Manifest Destiny and the Mexican American War would play a pivotal role in making California a U.S. Territory. Under the Treaty of Guadalupe Hidalgo, Mexico sold California along with its territories north of the Rio Grande for 15 million dollars.

Only days before the treaty was signed, gold was found at Sutter’s Mill in the Sierra Nevada Mountains. The gold rush of 1849 would set off an era of settlement unlike any a new territory had ever seen. On September 9, 1850, two years after the gold rush began, California became the 31st state.

While many think of sunny beaches and orange groves, California has a diverse climate. Each region boasts an opportunity for seasonal outdoor adventures. Whether surfing or downhill skiing is on the agenda, it’s sure to be found. If hiking among giant redwoods or touring historic missions is more to your liking, you’ll discover it here.

Of course, we can’t overlook Northern California’s wine country. Beautiful road trips and wine tastings along the magnificent Napa Valley or Sonoma County are a must for wine lovers.

Swimmin’ pools and movie stars, Califonia has those in large numbers. While moving pictures weren’t born in California, Hollywood sure made them flourish. By the turn of the 20th century, Hollywood built a foundation of movie studios that continued to grow and many of which still exist today. Known for heading up the rivalry between two New York papers that created yellow journalism, William Randolph Hearst’s drive for sensational headlines carried beyond the ink. He also owned newsreel and movie production companies. Much to Hearst’s displeasure, in 1941, Orson Welles released Citizen Kane, a fictionalized biography of Hearst life.
California’s first licensed woman architect, Julia Morgan designed numerous homes and commercial buildings throughout the state and the U.S. One of her most notable designs is La Case Grande for William Randolph Hearst.
The poetry of Robert Frost illustrates life through the voice of a New Englander. In his lifetime, Frost earned the Pulitzer Prize in poetry four times. His poems and style fall easily into the realm of 19th-century poets like Henry David Thoreau, Emily Dickinson, Ralph Waldo Emerson and Walt Whitman.
Author and journalist, Jack London published numerous novels. His wilderness adventures brought to life vivid characters that were immensely popular. London’s most noted works are Call of the Wild and White Fang.
Throughout his military career, George Patton’s acted with calculated abandon often earning an injury as a result. During World War II, the already distinguished officer led U.S. forces across France.
[object HTMLBodyElement]
Dorothy Arzner was one of the first woman film directors. During the early age of movies, Arzner began her career editing both silent and sound flicks.
Noted for his sweeping landscape photography, Ansel Adams’ ability to capture the essence of a wilderness brought with it a creative drive. One of his biggest supporters, The Sierra Club, published his earliest photographs, launching Adams’ into the public eye.
Author of numerous short stories and novels, John Steinbeck earned the Nobel Prize for literature in 1962. Steinbeck’s ability to weave humor and serious social topics into his writing brought a sense of humanity to his characters. Novels like Of Mice and Men, The Grapes of Wrath (1939), and East of Eden found enormous acceptance.
During the 1920s and 30s, Helen Wills dominated the tennis court. Her unnerving focus and stoic demeanor carried both on and off the court. Wills’ polar opposite, Helen Hull Jacobs, provided just enough competition to keep the game interesting. She was inducted into the International Tennis Hall of Fame in 1959.
Along with his brother Julio, Ernest Gallo started a winery in 1933. From Modesto, California, they created a brand that dominated the inexpensive wine market. Gallo gained a reputation as a savvy businessman with marketing know-how. Over the years, Gallo eventually branched into more fine wines.
As an inspirational television chef, Julia Child made French cuisine accessible to millions of American home cooks. She published several cookbooks and presented her recipes on television for several decades.
Richard Nixon served as the 37th president of the United States. He resigned in 1974 to avoid impeachment after the Watergate Scandal brought light illegal activities. Nixon is the only president to resign from office.
Iva Toguri had the misfortune to be stranded in Japan after the bombing of Pearl Harbor. As a result, the Japanese used her to promote propaganda on the radio to the American military. She became known as Tokyo Rose. Later arrested for treason, it would take nearly 30 years to receive a presidential pardon.
Etta James’ long soulful blues career is marked by ups and downs. Always able to recover with her powerfully rich voice and immense talent, James continued to persevere. She was inducted into both the Rock and Roll Hall of Fame and the Blues Hall of Fame.
Best known for being a filmmaker before his time, George Lucas created the Star Wars franchise when much of the technology didn’t exist to produce it. Lucas continues to push the boundaries of filmmaking with magical finesse.

Co-founder of Apple Computer with Steve Wozniak, Steve Jobs helped to revolutionize an industry and thrust it into an age that had only been imagined before.
Octavia Butler is best known for the novel Kindred, also published the Patternist series of science fiction novels. She brought human issues to her storytelling and opened the door for other black women writers to pursue science fiction.