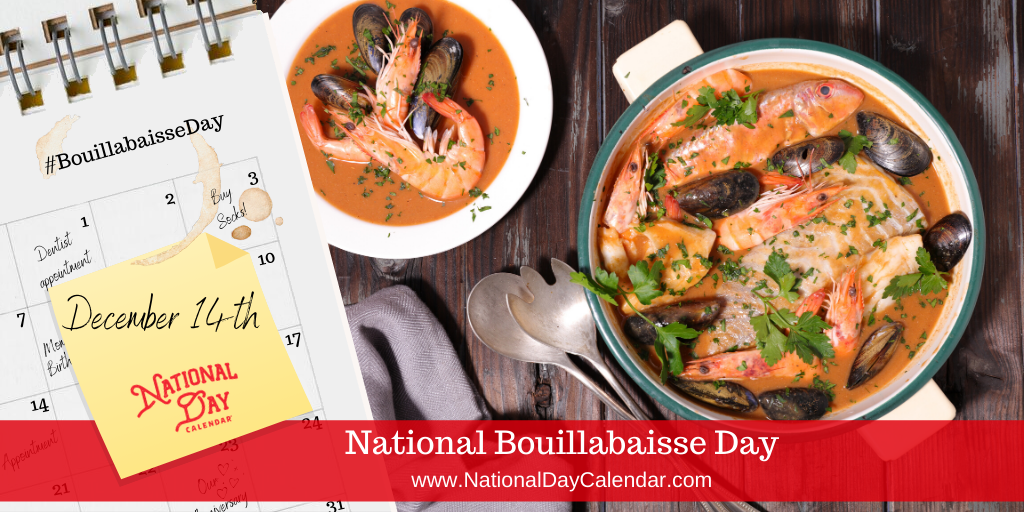 The French are known for many great recipes. Their food inspires travel to France for a taste of authentic dishes. Bouillabaisse tops the list of must-have cuisine while visiting France. The tasty stew originates in the port city of Marseille. It is traditionally made using bony rockfish, saffron, fennel seed, and orange zest.

However, in the culinary world, strong opinions bounce around about the proper ingredients for an authentic bouillabaisse. Those opinions include the type of fish. Typically, cooks use red rascasse, sea robin, or European conger. They also debate the type of wine (red or white). Both topics are hotly debated. They even argue about the soup’s origins. Did a Greek goddess create the stew? Or does the credit belong to coastal fishermen who threw the ingredients together from unsold bony rockfish? Perhaps these spicy debates add a little flavor to the stew, too. Your guess is as good as ours.

Regardless, cooks use a variety of fresh fish as their first step to a delicious bouillabaisse. It is especially important if you can’t get to the south of France to order it made for you.

Travel to France to enjoy the authentic taste of bouillabaisse. No time? Visit a French restaurant near you or even try making it yourself. Explore a variety of recipes for bouillabaisse. For inspiration, watch Julia Child while she prepares her Bouillabaisse A La Marseillaise. Invite friends to join you.

We’ve also provided this Bouillabaisse Recipe for you to try. Add a baguette and watch a French movie (or any movie about food) for additional flair. We have a few suggestions to get you started:

You can also take a cooking class to master this delicious stew. Let us know how it turns out! However you celebrate be sure to use #BouillabaisseDay to post your experiences on social media.

Undeterred by our research, National Day Calendar® continues seeking the origins of this flavorful holiday.

Q. Can I freeze leftover bouillabaisse?
A. Yes. Seal the soup in a freezer-safe container. The soup should be good for up to 4 months in the freezer.

Q. How many calories are in bouillabaisse?
A. A 1 cup serving of bouillabaisse contains approximately 232 calories.

Q. What are some other kinds of fish soups?
A. Fish and soup go well together. Explore these soups to get started:

December 14th Celebrated (And Not So Celebrated) History

The first trans-pacific cable line is completed by the Commercial Cable Company. It connected San Francisco, CA to Honolulu, HI.

The first team of explorers reaches the South Pole. Roald Amundsen and his team left his base camp at Antarctica’s Bay of Whales in October using sleigh dogs. The team arrived at the pole ahead of Robert F. Scott by more than a month.

Pilots Dick Rutan and Jeana Yeager take off from Edwards Air Force Base in Voyager. Burt Rutan designed the honeycombed, lightweight aircraft from composite materials. The design allowed the plane to carry more fuel. As a result, the pilots completed the nonstop flight around the world without refueling in 9 days.

December 14th Celebrated (And Not So Celebrated) Birthdays

During the 1930s, Ueshiba developed the martial art known as Aikido.

The American pilot led many missions during World War II. His efforts earned him both the Congressional Medal of Honor and the Presidential Medal of Freedom.

The American politician was the first woman elected to Congress in both the House and Senate. In both instances, she was also the first woman representing Maine in Congress.

In 1968, the news producer created the television news magazine 60 Minutes.

The American soldier received the Medal of Honor and the Distinguished Service Cross for his actions at Achain, France, during World War II.