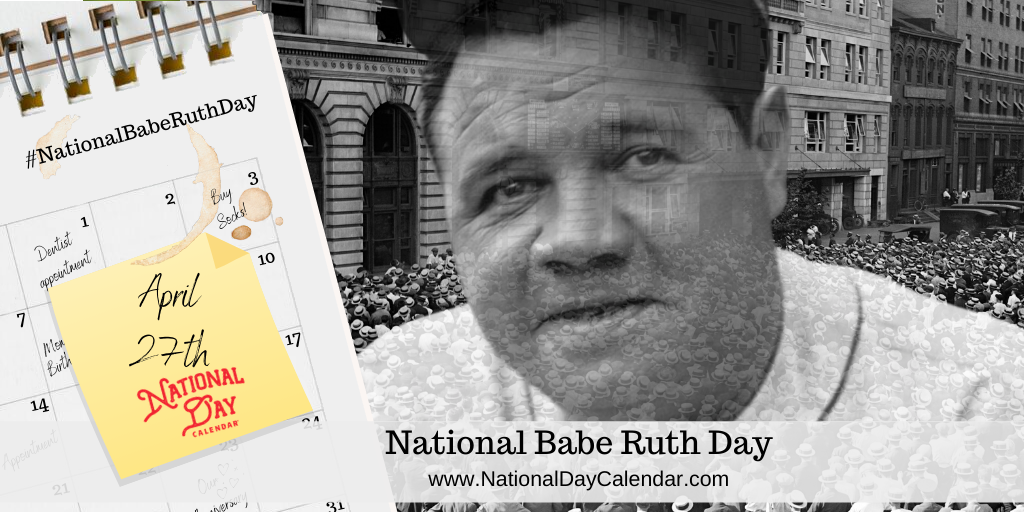 Babe Ruth’s baseball career started as a pitcher for the Boston Red Sox. He became a full-time right-fielder when the New York Yankees bought his contract in 1919.  Being one of the league’s most prolific hitters, he helped the Yankees win seven pennants and four World Series titles.

Ruth set career records during his career for home runs, slugging percentage, runs batted in, and on-base plus slugging. In 1927, he was the very first player to hit 60 home runs in one season.

Following a short stint with the Boston Braves, Ruth retired in 1935. In 1936, the National Baseball Hall of Fame elected Ruth as one of the first five players to be inducted into the Hall.

In 1946, after experiencing severe eye pain and difficulty swallowing, Babe Ruth was diagnosed with cancer. A year later on April 27, Ruth attended the newly proclaimed Babe Ruth Day and spoke briefly to a crowd of almost 60,000 people at Yankee Stadium.

While the Yankees lost 1-0 against the Washington Senators that day, they still took over first place in the standings against the Chicago White Sox. The White Sox dropped a doubleheader that day against the Browns.

Q. What were some of Babe Ruth’s nicknames?
A. George “Babe” Ruth went by many names. Fans, reporters, and teammates were also big on alliteration, as you’ll see:

Q. What position did Babe Ruth play?
A. He’s best known for playing outfield and pitching. However, early in his career he also played infield.

Q When did Babe Ruth make his major league debut?
A.Babe Ruth debuted in the majors on July 11, 1914, at Fenway Park.

Q. Was Ruth left or right-handed?
A. Ruth pitched and batted left-handed.