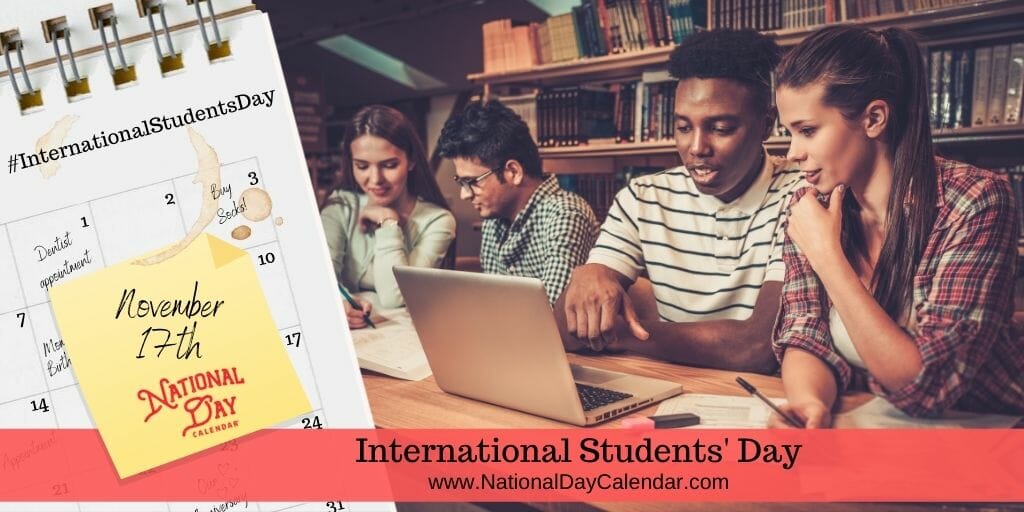 On November 17th, International Students Day commemorates the anniversary of the Nazi storming of the University of Prague. The day also promotes student activism around the world.

Through the years, university students have not shied away from voicing their political opinions, and in many instances, students express themselves politically in the form of demonstrations. One of the first demonstrations held by students occurred in 1939. That year, students at the University of Prague demonstrated against the German occupation of Czechoslovakia. During the demonstration, a student of the medical faculty was shot, injured, and later died. Thousands of students turned his funeral into an anti-Nazi demonstration.

The Nazis rounded them up and sent over 1,200 students to concentration camps. The Nazis also forced the closings of all the universities and colleges in Czechoslovakia. However, the most hideous crime occurred on November 17th, 1939, when the Nazis executed nine students and professors without trial.

Other high-profile student uprisings include:

Many students were killed or injured during these protests. For example, during the demonstration in Tiananmen Square, it’s believed that thousands of students died, and the government imprisoned many more.

HOW TO OBSERVE #InternationalStudentsDay

On International Students’ Day, many colleges and universities worldwide hold events that promote multiculturalism and diversity. Students also raise their voices for equal access to education during the annual event. In addition, students are encouraged to take part in activism in various areas, such as political, environmental, and economics.

On November 17th, 1940, the Central Association of Czechoslovak Students (USCS) was reestablished in London after Nazi Germany had forced the group to disband. Throughout 1941, members of the USCS sought to convince other students worldwide to acknowledge November 17th as a day of commemoration. On November 16th, 1941, they held a meeting to proclaim November 17th as International Students’ Day. In 1989, students used the 50th anniversary of International Students’ Day to help spark the Velvet Revolution in Czechoslovakia.