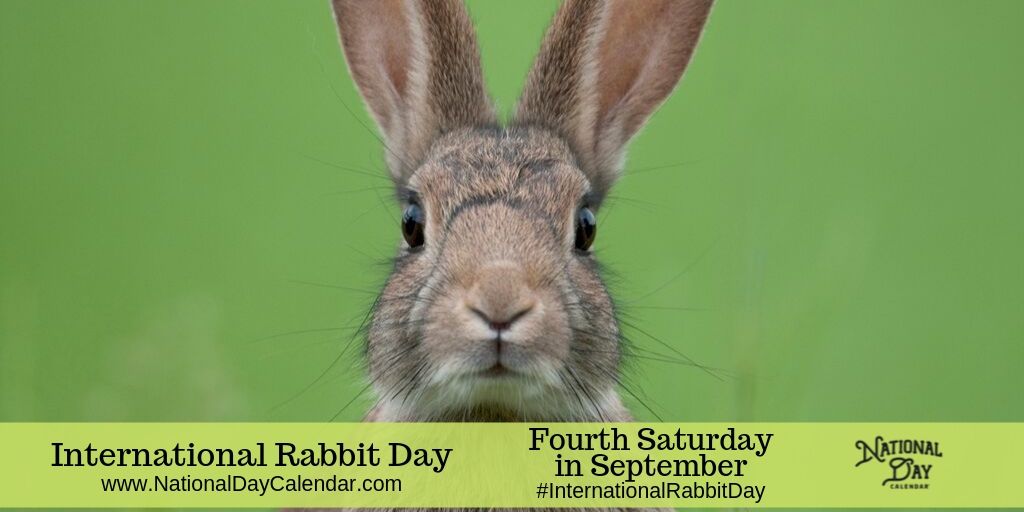 Every year on the fourth Saturday of September, International Rabbit Day promotes the protection and care of domestic and wild rabbits.

Who doesn’t love a cute bunny rabbit? These soft, furry animals are enjoyed by many around the world. Often used as a symbol of fertility and or rebirth, many associate these adorable animals with spring and Easter.

Here are some more fun and interesting facts about rabbits:

On International Rabbit Day, several chapters of the House Rabbit Society host a variety of events that spread awareness for the welfare of rabbits. Some events include carnivals with live music and veggie burgers, Bunny Days and Bunnyfests, and educational seminars on rabbit care. Some chapters also hold special events that allow the public to adopt a bunny.

If you want to observe International Rabbit Day, watch a movie about rabbits. Some of the most popular movies with rabbits include Roger Rabbit, Watership Down, Bambi, and Bugs Bunny. If you’re more of a reader, try these books: The Tale of Peter Rabbit, The Velveteen Rabbit, Watership Down and Alice’s Adventures in Wonderland. Consider getting a rabbit for a pet. If you already have one, be sure to give it an extra carrot on this special day.

Share an adorable picture of a bunny on social media. When sharing, use #InternationalRabbitDay