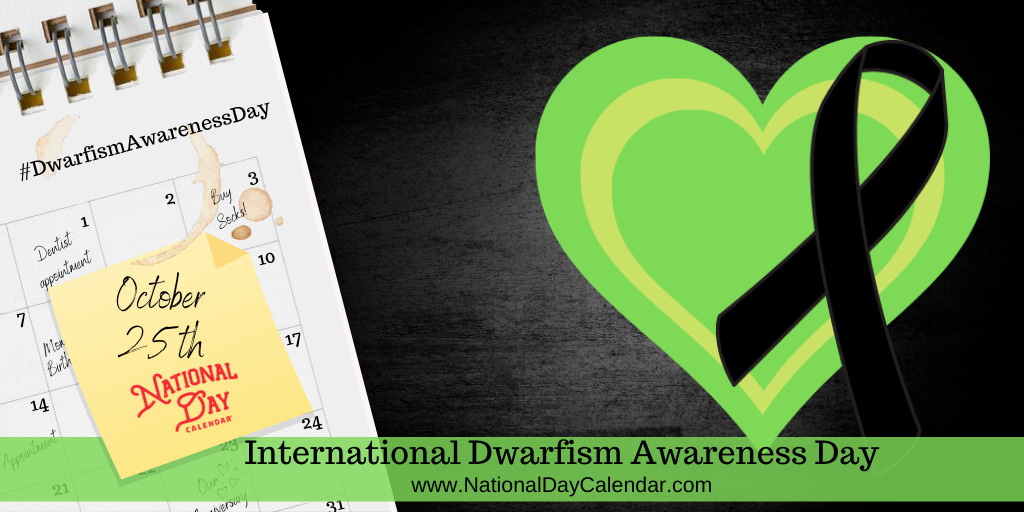 Achondroplasia means “without cartilage formation.” It occurs in one in every 15,000 to one in 40,000 live births. Those who have this condition are called dwarfs, which is why this condition is also called dwarfism. Other preferred ways to refer to those with achondroplasia include little people or people of short stature. One word little people do not like to be called is a midget. In 2015, Little People of America (LPA) issued a statement calling for the word to be abolished. They feel it is a derogatory slur to refer to people of short stature.

While some little people still face physical and social barriers, many go on to lead fulfilling and active lives. Many with dwarfism drive, complete their education, get married, and even have children of their own. There are also many famous people with dwarfism. These famous people include actors, entertainers, comedians, musicians, athletes, and politicians.

One of the best ways to participate in Dwarfism Awareness Day is by learning more about achondroplasia. You could also host a special event to help raise awareness about dwarfism. If you know someone affected by dwarfism, tell them you want to celebrate the day with them. As you celebrate, spread awareness on social media with #InternationalDwarfismAwarenessDay.

In 1957, actor Billy Barty and some of his friends founded Little People of America (LPA). Today, the organization has 6500 members across the United States. In 2012, LPA wanted to honor Billy Barty, so they created International Dwarfism Awareness Day. They chose the date October 25th because that is the birthdate of Billy Barty, born in 1924. This is also why the month of October is National Dwarfism Awareness Month.