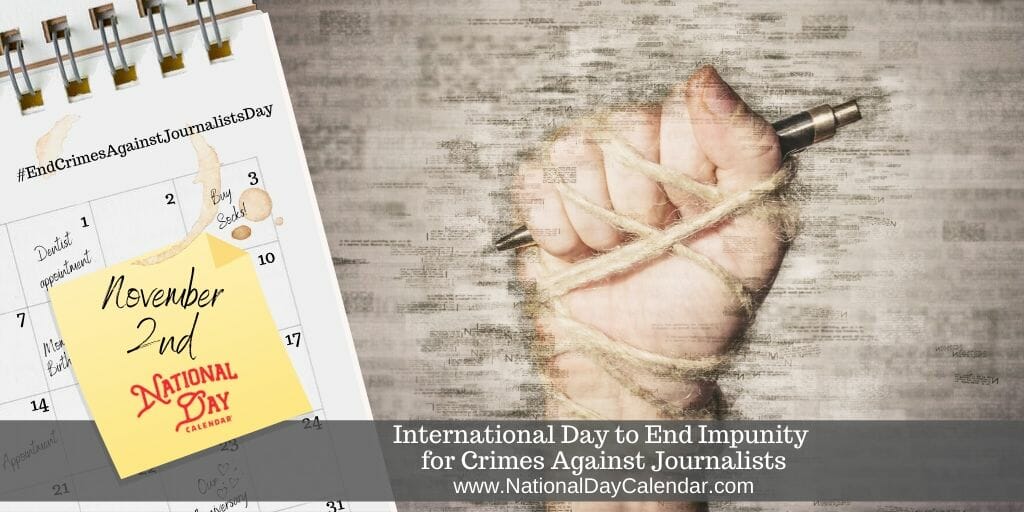 INTERNATIONAL DAY TO END IMPUNITY FOR CRIMES AGAINST JOURNALISTS

Every year, November 2nd marks the International Day to End Impunity for Crimes Against Journalists. The day draws attention to the low conviction rate for crimes committed against journalists on a global scale.

In some cases, the offenders receive no punishment at all. Only one in ten cases committed against journalists in the last ten years has led to a conviction. This impunity leads to corruption and the covering up of human rights abuses.