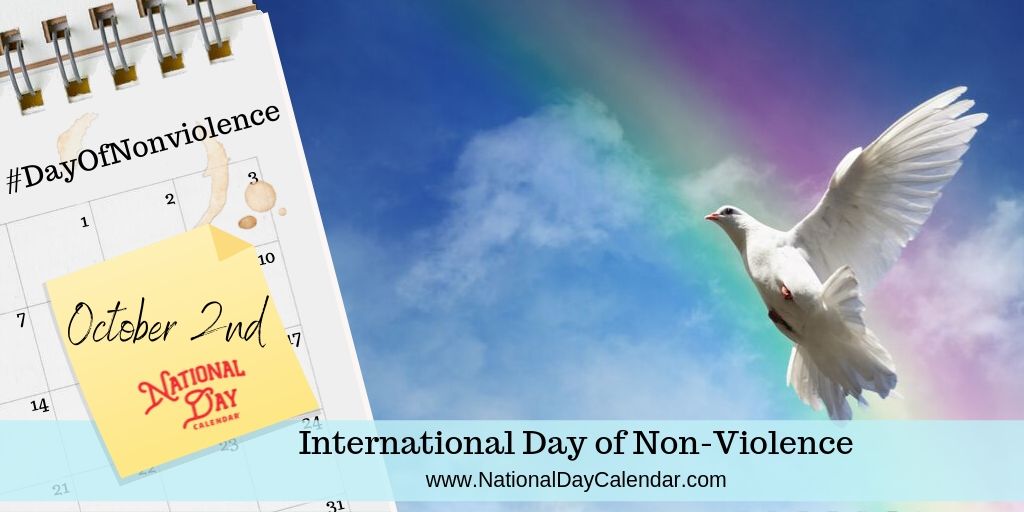 Every October 2nd, the International Day of Non-Violence spreads the message of non-violence in pursuit of a secure and peaceful culture.

It doesn’t take much to recognize how violent our world has become. Real-life stories involving violence are everywhere. Whether on the news or in our social media feeds, violence is growing. You might even hear about violent incidences from your neighbors or friends. About 1.6 million deaths a year are caused by worldwide violence. In every part of the world, violence is the leading cause of death for those between the ages of 15 and 44.

There are many kinds of violent acts. However, one specific type of violent act is on the rise. That act is terrorism. In 2013, there was a 61% increase in deaths involving terrorist attacks. Terror attacks are the deliberate use of violence against civilians. When terrorists commit such acts, they hope to attain political or religious power.

Through the years, many have utilized non-violent methods to get their message across and instigate change. These people have included:

Probably the most well-known agent of change using non-violent methods is Mahatma Gandhi. In fact, it’s this man who influenced the United Nations to create the International Day of Non-Violence. Gandhi’s non-violent efforts helped India gain independence in 1947. He was assassinated on January 30, 1948.

Another way to participate is by educating yourself about how much damage violent acts have caused throughout history. Think about the many ways political matters might be settled with non-violent methods. If you ever get the chance, participate in a peaceful protest. Sign a petition to voice your opinion. Be a light of peace and hope wherever you go. Remember to share this day on social media with #DayOfNonviolence.

The United Nations established the International Day of Non-Violence on June 15, 2007. The date of October 2nd commemorates the birthday of Mahatma Gandhi.