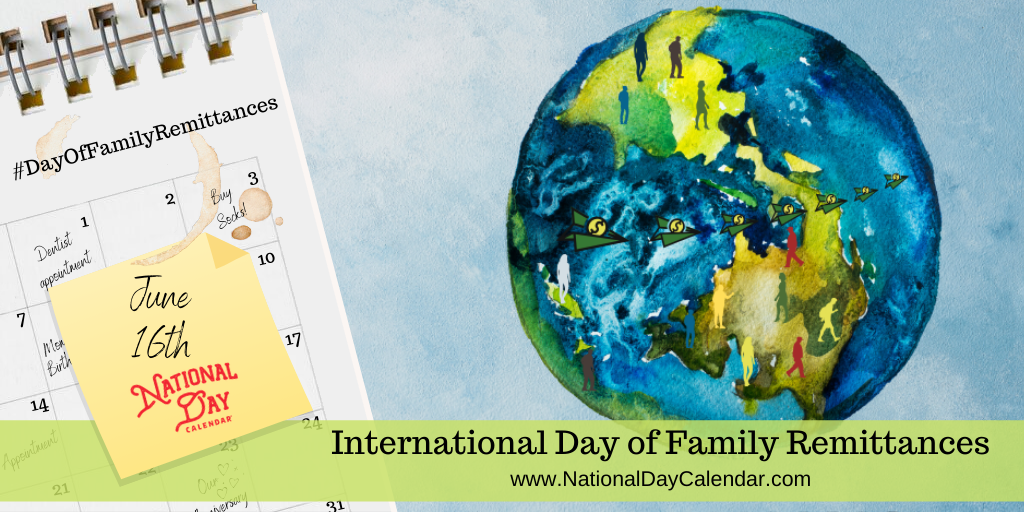 Every year on June 16th, the International Day of Family Remittances recognizes the contributions that migrants make to improve the lives of their family members back home. It’s also a day for realizing the impact these contributions make on households, communities, countries, and entire regions.

According to the World Health Organization (WHO), there are around 1 billion migrants throughout the world. Approximately 258 million of them are international migrants. Additionally, there are over 760 million internal migrants. People migrate from one location to another for many reasons. Some migrants are forced from their homes. Several others move to make a better life for themselves.

According to the UN, about 200 million people migrate to improve the lives of their families back home. These migrants help 800 million family members. They do this by sending remittances, or funds, to family members who have stayed in their home country. Migrants who send remittances create a future hope for their children.

In most cases, family members who receive remittances are living in poverty. Remittances greatly help to improve the lives of family members receiving them. This includes improving health, education, housing, and sanitation.

On this day, private sector entities that transfer funds are encouraged to send remittances for free. The UN also encourages public sector stakeholders to hold meetings that discuss ways migrants can improve their country’s GDP. To participate in this day, educate yourself and others on the reasons people migrate. If you know an immigrant, ask them why they came to this country. You could also learn more about remittances and how these funds help to improve lives and the economies of poorer countries. Spread awareness for this day by sharing #InternationalDayOfFamilyRemittances on social media.