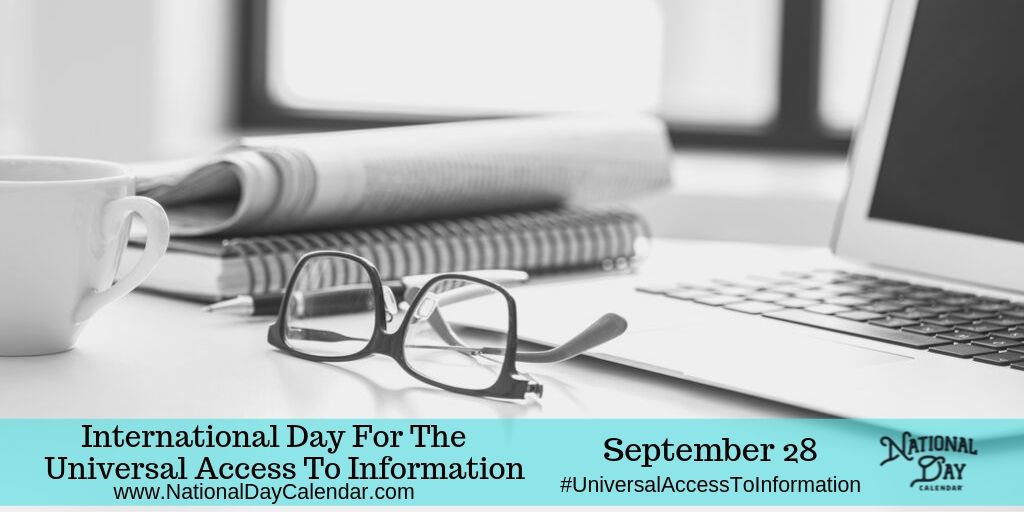 Each year on September 28th, the International Day for Universal Access to Information is observed. This day promotes the idea that every individual around the world has a right to seek and receive information.

Despite the importance of access to information, many governments throughout the world continue to limit access. A majority of the world’s states do not consider access to information a fundamental right. These include several countries in Africa and the Middle East. Additionally, many countries have limited access to the internet. Some of them include China, Cuba, Iran, North Korea, and Saudi Arabia.

Access to information also involves ensuring every person can obtain data. This includes those with disabilities, minorities, and individuals in poverty-stricken areas.

Every year on International Day for Universal Access to Information, several countries throughout the world hold events called “Open Talks.” The United Nations Educational, Scientific, and Cultural Organization (UNESCO) also plans national and regional events around the world. Each country holds its own celebration. For instance, Ecuador has an event geared toward Artificial Intelligence, ethics, and access to information. Jamaica is focusing on Internet ROAMing in the Caribbean. Uganda is gearing its event toward to access to information for good governance.

If you would like to participate in International Day for Universal Access to Information, think about what life would be like if you didn’t have this access. How would your life be limited? How would you feel about your government? What would it be like to live in a world without accessing information over the Internet? Write your thoughts and post them to social media. You can share it with #IDUAI or #UniversalAccessToInformation.

On November 17, 2015, UNESCO adopted a resolution to declare September 28th as International Day for Universal Access to Information. The first official observation was held in 2016. In declaring this day, UNESCO hopes that countries around the world would adopt Freedom of Information (FOI) policies.