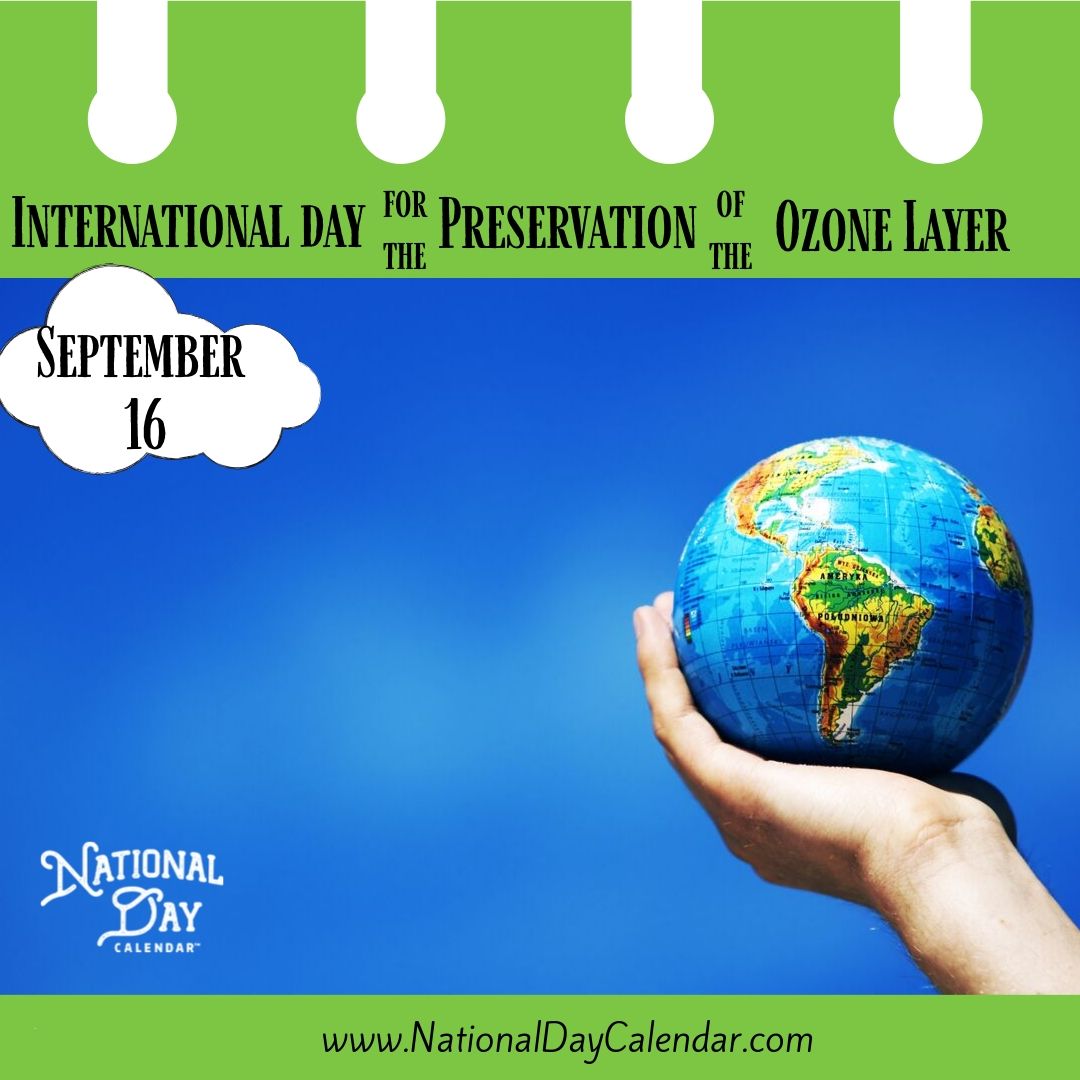 INTERNATIONAL DAY FOR THE PRESERVATION OF THE OZONE LAYER

September 16 marks the International Day for the Preservation of the Ozone Layer. The UN established this day to spread awareness about the importance of the ozone layer. This layer of the Earth’s stratosphere is located 9 to 18 miles above the Earth’s surface. The ozone layer plays a huge role in protecting our health and the environment.

The depleting ozone layer offers less protection from these harmful UV rays. But, humans and animals are not the only things affected by UV radiation. The environment is impacted, as well. Excessive UV rays inhibit the growth process of plants. When this happens, certain species become extinct reducing the global food supply.

Substances called chlorofluorocarbons (CFCs) are one thing that has caused ozone layer depletion. CFCs are found in aerosol that comes in cans. Hydrochlorofluorocarbons (HFCs) are also to blame. These are harmful gases found in coolants. While CFCs are no longer widely used, HFCs are still in use.

Despite the good news ozone depletion is reversible, there are still concerns. For this reason, the UN and other environmental groups promote awareness for protecting the ozone layer. On the International Day for the Preservation of the Ozone Layer educators around the world organize activities in their classroom that focus on the importance of the ozone layer. Other organizations promote ozone-friendly products, distribute public awareness posters, and hold a variety of events geared toward saving the ozone layer.

If you want to get involved in the International Day for the Preservation of the Ozone Layer, educate yourself on its importance. Try to imagine what our earth would be like without the protection of the ozone layer. Learn why it’s important to protect yourself from UV rays.

On December 19, 1994, the UN General Assembly proclaimed September 16 as the International Day for the Preservation of the Ozone Layer. This date in September commemorated the signing of the Montreal Protocol on Substances that Deplete the Ozone Layer, which took place in 1987. Known as the Montreal Protocol, this important event was monumental for realizing the importance of discontinuing the use of ozone-depleting substances, which included nearly 100 chemicals.