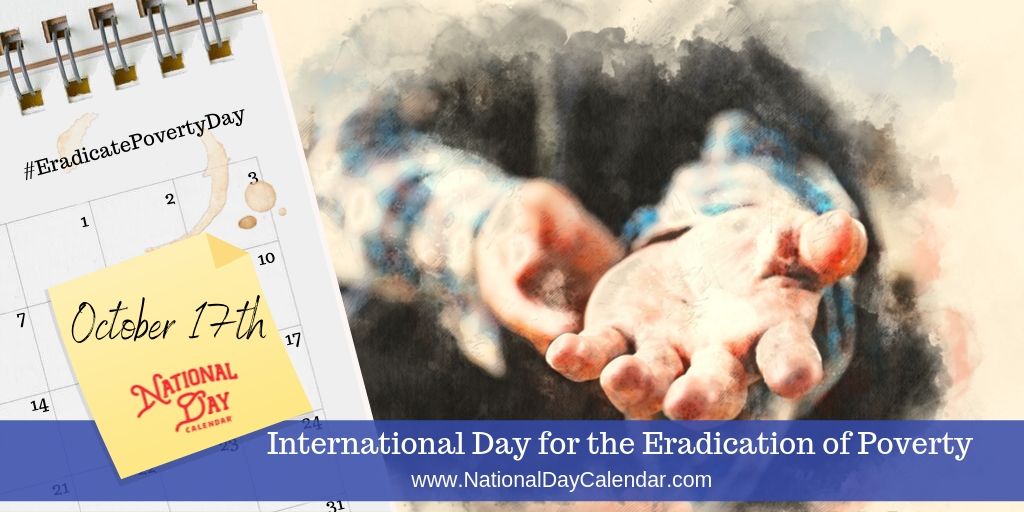 INTERNATIONAL DAY FOR THE ERADICATION OF POVERTY

The International Day for the Eradication of Poverty is observed every year on October 17th. On this day, people of all backgrounds and societies show solidarity with the poor by renewing their commitment to help them.

These numbers are staggering. However, there are some effective ways to reduce global poverty. These include:

According to the Borgen Project, if people and governments worked together to implement these ideas, poverty could be eradicated by 2030.

On the International Day of the Eradication of Poverty, the UN encourages all States to organize national activities for the day. Some of these events include concerts, fundraisers for relief organizations, and interfaith prayer gatherings.

To take part in the International Day for the Eradication of Poverty:

INTERNATIONAL DAY FOR THE ERADICATION OF POVERTY HISTORY

On October 17, 1987, over a hundred thousand people gathered in Paris where the Universal Declaration of Human Rights was signed in 1948. They gathered to honor the victims of extreme poverty, violence, and hunger. They stated that poverty was a violation of human rights. During the gathering, they unveiled a commemorative stone on which their convictions were inscribed. The tradition of gathering together on October 17th to raise awareness for the poor continued every year. In 1992, the UN officially declared October 17th as the International Day for the Eradication of Poverty.