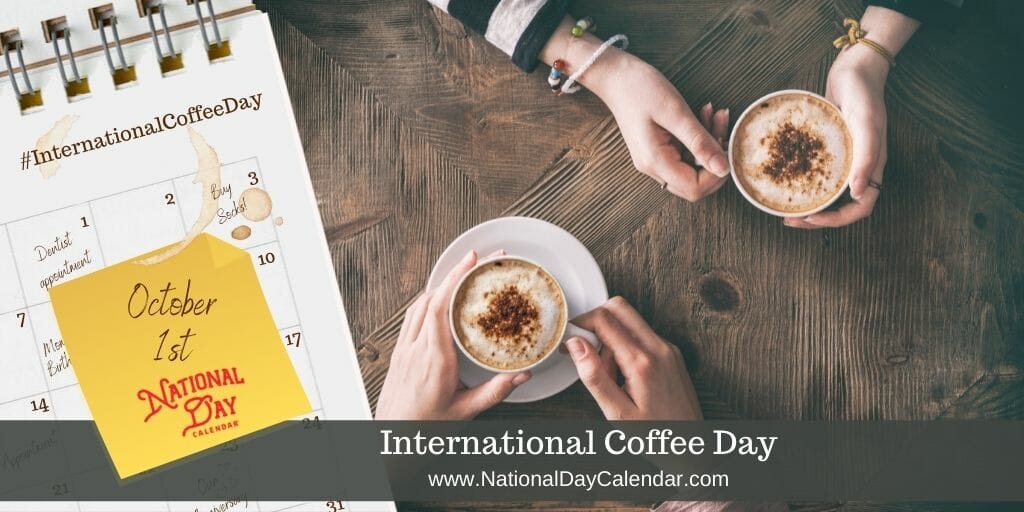 Every year on October 1st, International Coffee Day celebrates one of the world’s favorite beverages. It’s also a day to promote fair trade coffee and to raise awareness about the plight of the coffee growers.

It probably doesn’t surprise you that coffee is one of the most consumed beverages in the world. In fact, after water and tea, coffee is the third most consumed beverage in the world. Almost 10 million bags of coffee around the globe are exported each month. In the United States, Americans drink 400 million cups of coffee a day. That sounds like a lot of coffee! But you might be surprised to know the United States doesn’t even make the top ten for coffee-addicted countries.

The top ten countries that consume the most coffee include:

On this list, the United States ranks 14th for countries that are most addicted to coffee. There is one obvious reason that so many people drink coffee. This beverage contains caffeine, which helps to stimulate the nervous system. This in turn helps people feel awake, refreshed, and focused. Drinking the right amount of coffee each day is also linked to longer lifespans, reduced chances of getting Type 2 diabetes, and protection for the liver.

HOW TO OBSERVE #International Coffee Day

The best way to celebrate this day is to enjoy a cup of Joe. Since this day is special, why not have two cups? You can take advantage of free or discounted coffee that many coffee houses offer on this day. You can also learn how baristas make various kinds of coffee drinks. Other ways to participate include:

Post a selfie of you with your cup of coffee on social media with #InternationalCoffeeDay.