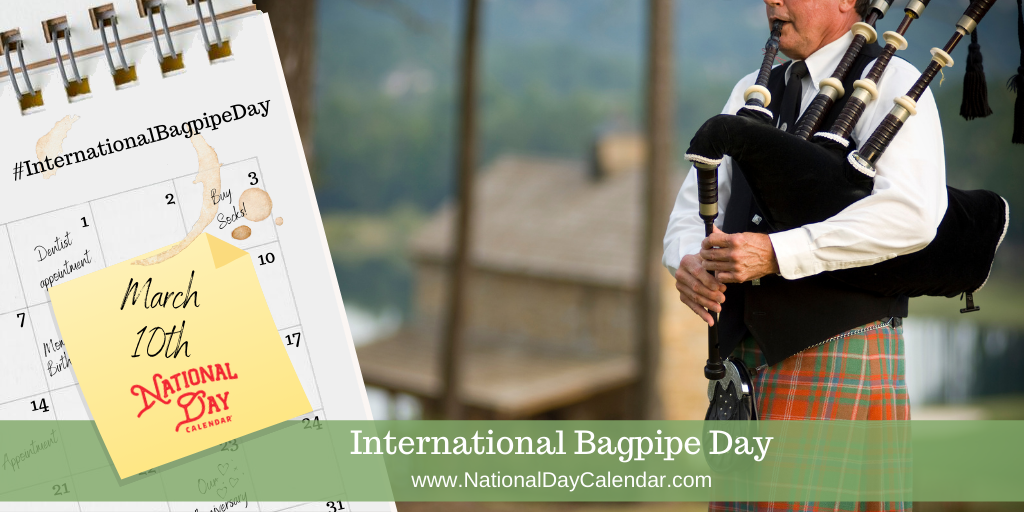 Every year on March 10th, International Bagpipe Day celebrates this unique instrument. The day also promotes the diversity of bagpipes to the general public.

There are different kinds of bagpipes. In Scotland, the two different types are called the Highland bagpipe and the Lowland bagpipe. People are most familiar with the Highland bagpipe, and pipers usually perform during Highland dancing, weddings, and funerals. The Irish normally play the uilleann bagpipes. With a softer sound than Scottish bagpipes, the instrument is more equipped for indoor performances.

Pipers around the world are encouraged to play their bagpipes. In past years, pipers, instrument makers, and scholars from the United States, Greece, Sweden, Nigeria, the UK, Scotland, and Ireland have held musical events to celebrate International Bagpipe Day.

Spread awareness for this musical day on social media with #InternationalBagpipeDay