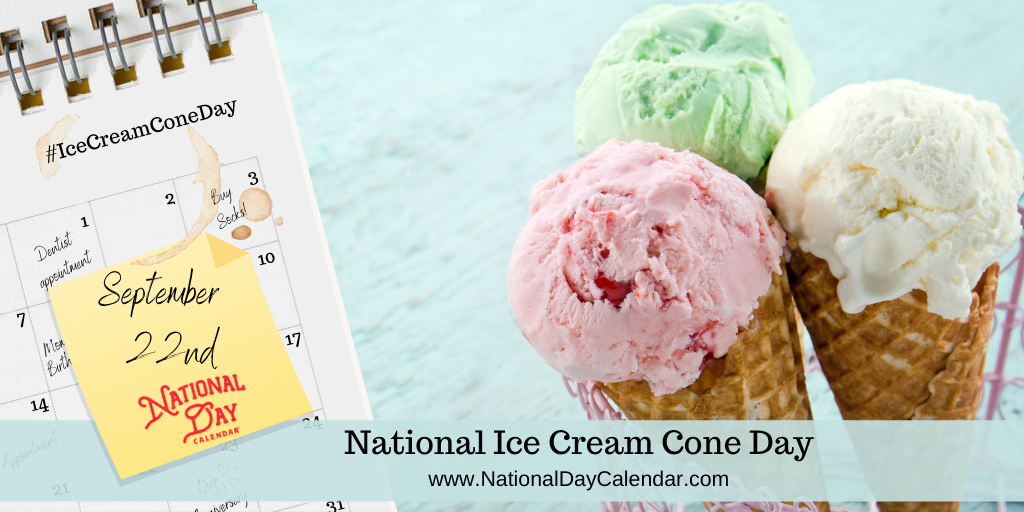 While some controversy exists as to who invented the ice cream cone, the earliest mention shows up in French cookbooks around 1825. Originally referred to as “little waffles,” the cones were waffles rolled into the shape of a cone.

In the United States, ice cream cones first became popular in the late 1800s. Confectioners turned the first cones by hand. The ice cream cone made its debut at the World’s Fair in St. Louis in 1904. In 1912, an inventor from Oregon obtained a patent for a machine to make them. He sold his company to Nabisco in 1928, and they still make ice cream cones today.

The ice cream cone continues to be a popular treat for children and adults alike. More flavors of ice cream continue to be made available to please our palates, too!

National Day Calendar continues searching for the source of this sweet food holiday.

Q. What’s a penny lick?
A. During the Victorian era, ice cream vendors sold a scoop of ice cream for a penny in a small stemmed glass with a conical top. Called a penny lick, they look a bit like a stemmed shot glass. The customer would lick the ice cream out of the glass and return it to the vendor.