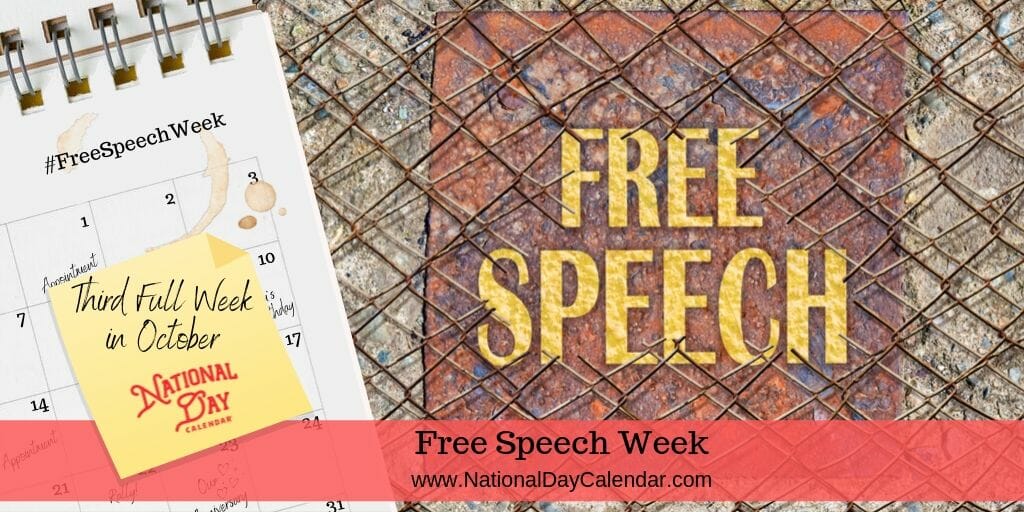 By understanding how the First Amendment works, we can better exercise our rights. A great way to learn is by studying the history behind free speech and press. It’s important to study the early years of the United States – it is the 1st amendment, after all. The country ratified it on September 25, 1789. It still took two years before it was adopted.

Other areas to study include early court cases like Schenk v. United States in 1919. You can find more by visiting the Bill of Rights Institute.

Let your voice be heard. Understand your rights to free speech and exercise them. Join an event near you. Write about what’s important to you and publish it. Read about the history of free speech and press how it has influenced the United States. Speak up, speak out. Words have power. Use them and share them using #FreeSpeechWeek on social media.

The idea for Free Speech Week was introduced in 2003 by The Media Institute. The American Association of Advertising Agencies, American Bar Association, Americans for the Arts, the National Constitution Center, and the National Endowment for the Humanities united to help launch the first celebration in 2005.