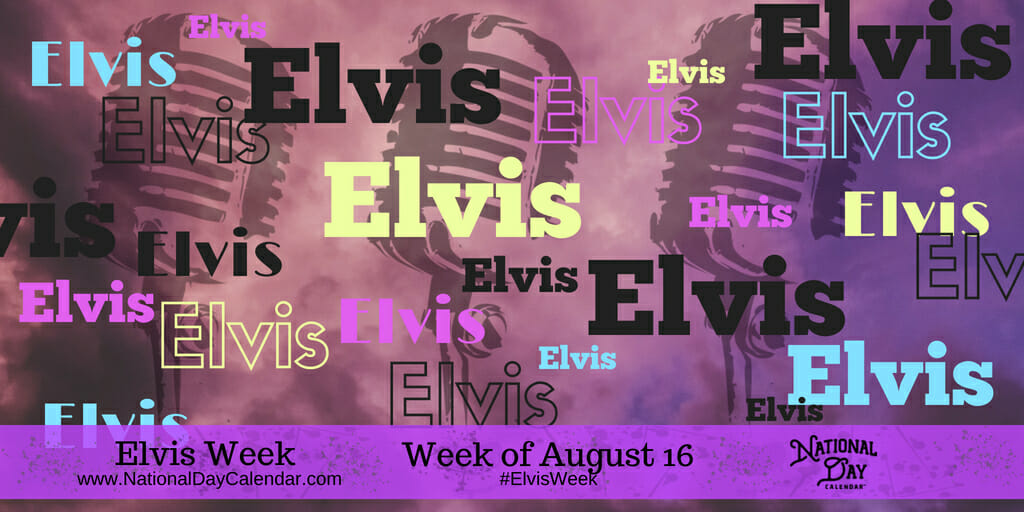 During the week of August 16, fans recognize the King of Rock and Roll throughout Elvis Week. Elvis Aaron Presley was born a twin on January 8, 1935. His twin brother Jesse Garon died at birth. Presley became one of the biggest rock-n-roll stars during the mid-1950s. Eventually, he would become known as the King of Rock-n-roll for his iconic music and performances throughout his career. He is still considered one of the best performers in musical history today.

Elvis’ first backup band consisted of guitarist Scotty Moore and stand-up bassist player Bill Black. They recorded their first records at Sun Studio in Memphis under the supervision of Sam Phillips. Interestingly, Phillips also discovered Johnny Cash, B.B. King, and a host of others. Bill Black remembered he was not particularly impressed with Elvis upon their first encounter. Elvis himself said his first recordings sounded like “someone beating on a bucket lid.”

Besides being an accomplished musician, Elvis also served in the United States Army. Elvis was stationed in Germany and served in two armor battalions. Presley received an honorable discharge as a sergeant in 1960.

“Nothing really affected me until Elvis.” – John Lennon

Presley bought the Graceland mansion in the spring of 1957. Since Graceland is located on U.S. Route 51, the city council of Memphis voted to name a portion of the highway Elvis Presley Boulevard.

Elvis Presley died on August 16, 1977. Celebrating the life and legacy of the King of Rock and Roll, Memphis and the Elvis Presley estate observe the date with Elvis Week. Elvis was inducted in the Rock n’ Roll Hall of Fame in 1986 by John Lennon’s sons Julian and Sean. Elvis’s friend, Memphis disc jockey George Klein, delivered the acceptance speech.

Even in death, the King of Rock and Roll attracts an overwhelming fan base. Over 600,000 people from around the world tour Graceland annually. The house was named to the National Register of Historic Places in 1991.