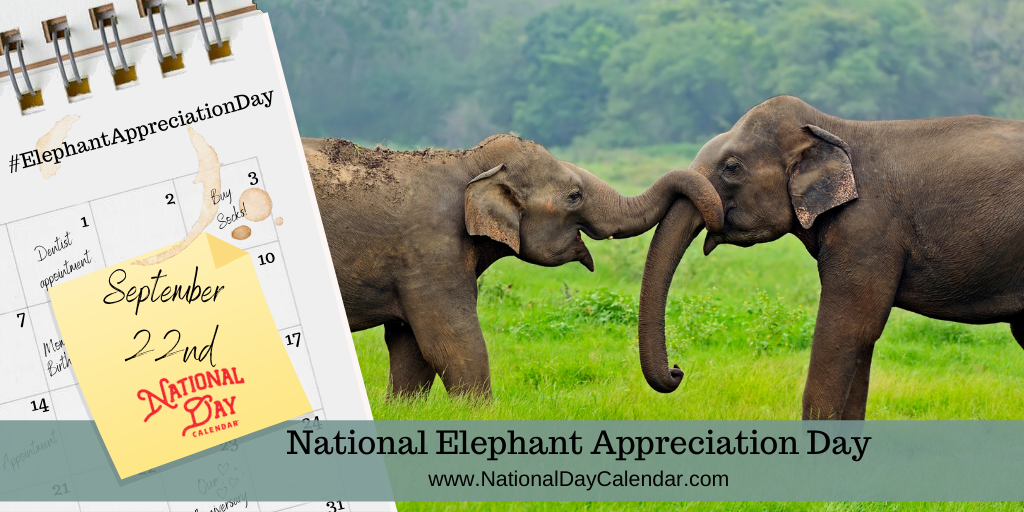 People of all ages are fascinated by elephants. Discover some interesting facts about them to celebrate with us!

These captivating and social animals live between 60 to 70 years. Like humans, elephants develop remarkably close family bonds. Two species, the African Savannah and Asian elephant, exist. However, recently scientists suggested that the African Forest elephant is also a unique species and not a subspecies.

Each day, poachers kill approximately 100 elephants for their ivory, meat, bones, and skin.

These pachyderms are closely related to rhinoceroses and hippos. In fact, pachyderm describes thick-skinned animals with hooves or nails similar to hooves. While the African elephants outgrow the Asian, both hold the prize for the largest land mammal on earth. However, there are some differences between the species, though.

Elephants are spirited and playful animals. Have you ever seen them frolic in the water?  And they will defend their own with their mighty tusks. Whether foraging for food or digging a mud hole, their tusks are vital for survival. Since hunters value the ivory more than the life of the elephant, they endanger the continued existence of these majestic animals.

Do elephants never forget? Well, studies have determined that elephants have excellent memories. They remember vital locations over large areas of land. Elephants also show recognition of faces and other elephants even after a long time has passed. And while we may be forgetful from time to time, we don’t recommend forgetting this holiday!

Don’t forget to celebrate the Elephant on September 22nd! Show your appreciation today by visiting the elephants at your local zoo. Get involved. Learn about conservation and eliminating poaching.

Read up about elephants. We suggest The Elephant Whisperer by Lawrence Anthony or Love, Live and Elephants: An African Love Story by Daphne Sheldrick. You could also read Horton Hears a Who by Dr. Seuss or any of the Babar stories by Jean de Brunhoff.

Documentaries bring the life of the elephant into our living rooms. Watch Elephant directed by Mark Linfield or When Elephants Were Young directed by Patricia Sims.

Educators and families, visit the National Day Calendar Classroom for even more ways to Celebrate Every Day!

Q. What’s another word for an elephant?
A. The word “pachyderm” is often used in reference to an elephant. However, the elephant isn’t the only pachyderm in the world. The obsolete term was once a classification of animals which also included hippopotamuses, rhinoceroses, pigs, and tapirs.