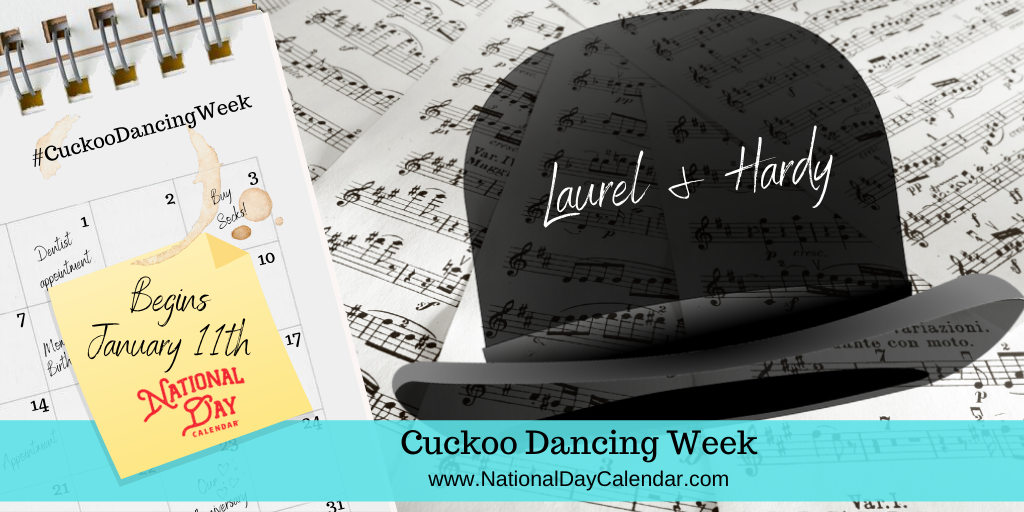 The duo’s signature tune is The Cuckoo Song. It’s sometimes called The Dance of the Cuckoos. Laurel believed the song’s melody represented Hardy’s on-screen character (pompous and dramatic). The harmony represented his own character (somewhat out of key, and only able to register two notes: “coo-coo”).

Marvin Hatley composed the song. He was best known for the work he did for the Hal Roach studio from 1929 to 1940. In 1932, Arthur Lally and his orchestra recorded The Cuckoo Song. Full of whimsy and delight, the song contained a xylophone solo by Rudy Starita, and the few lyrics it did contain were sung by popular jazz guitarist and singer Al Bowlly.

It was Laurel and Hardy, however, that people thought of when they heard the tune. When the duo visited Ireland, the church bells at Cobh Cathedral rang out The Cuckoo Song.
Stan Laurel was born Arthur Stanley Jefferson on June 16, 1890. Ollie Hardy was born Oliver Norvell Hardy on January 18th, 1892. The duo made their first official appearance as a comedy act in 1927.

They starred in a silent short film called Putting Pants on Philip. Laurel played the humble and clumsy friend of pompous Hardy. Their hilarious slapstick comedy routines made them some of the biggest stars in Hollywood. Together they performed in over 100 short films, feature films, and cameo roles. By 1953, the duo was no longer as famous as they had once been. Also, Hardy’s failing health was of great concern.

Despite Hardy’s health and their declining fame, the duo embarked on a tour in Great Britain. On May 17, 1954, the tour came to an abrupt end when Ollie Hardy suffered a heart attack. Hardy died in August 1957, and Laurel refused to go on stage without his best friend. Laurel died in February 1965.

Even though Laurel and Hardy have been gone for many years, their legacy lives on. Laurel and Hardy are credited for influencing many entertainers, including Peter Sellers and Ricky Gervais.

Here are some ways to observe this fun week:

National Day Calendar was unable to identify the founder of this observance. However, it has been celebrated since at least 1994.