THANK YOU FOR CELEBRATING EVERY DAY

With great sadness, we regret to inform our followers the founder of National Yellow Bat Day passed away on November 25, 2018. It was a pleasure to work with Mr. Bonnot during the creation of this day. Mr. Bonnot was a highly decorated soldier and served his country and U.S. Army with pride. Mr. Bonnot devoted his entire life to protecting our country. There are not enough words to extend our gratitude and admiration to people like Mr. Bonnet and their families. Thank you Mr. Bonnot for being a part of the National Day Calendar® family. We want to extend a special thank you to his family and friends for allowing us to know and work with Mr. Bonnot.

A native of St. Louis, Mo., he was the son of the late Delbert and Alice Bonnot. In addition to his parents, he was preceded in death by his beloved wife, Carol A Bonnot. Douglas proudly served his country in the US Army. 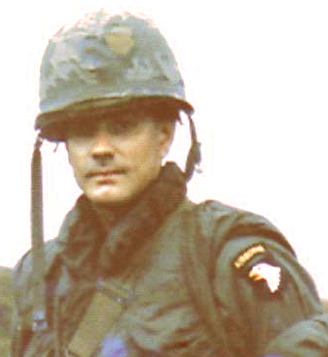 While in the U.S. Army, he served with the DMZ Police Company, a provisional unit of the 1st Cavalry Division, Korea and the 1st Infantry Division, Kan., as a Heavy Weapons Infantryman before attending training as a Cryptanalyst, Ft Devens, Mass. He served the remaining 18 of his 22 years assigned to the Army Security Agency in both tactical and strategic intelligence with multiple assignments to the National Security Agency, including the Defense Special Missile and Astronautics Center as well as overseas assignments in Turkey and Okinawa.

Secret societies have existed for millennia; their purposes myriad. Generally, they are exclusive and require members to take an oath to keep their organization and activities secret…READ MORE

Retiring from the Army at the close of 1979, he continued his service to the Intelligence Community while working in the Defense Industry for 27 years, 23 of which was as President and CEO of an Engineering and Manufacturing firm specializing in covert electronic surveillance devices. He was a Life Member of the VFW, Disabled American Veterans, 82nd Airborne Division Association and the 101st Airborne Division Association where he has held positions as a member of the Board of Governors, and Sentinel Chapter President. He was also a member of the Board of Trustees, of the Screaming Eagle Foundation.

Douglas will be buried at Arlington National Cemetery, Arlington, Va. at a later date. Memories and condolences may be shared at www.tetrickfuneralhome.com. Tetrick Funeral Services, 3001 Peoples Street, Johnson City, TN 37604, (423) 610-7171 is honored to serve the Bonnot family.