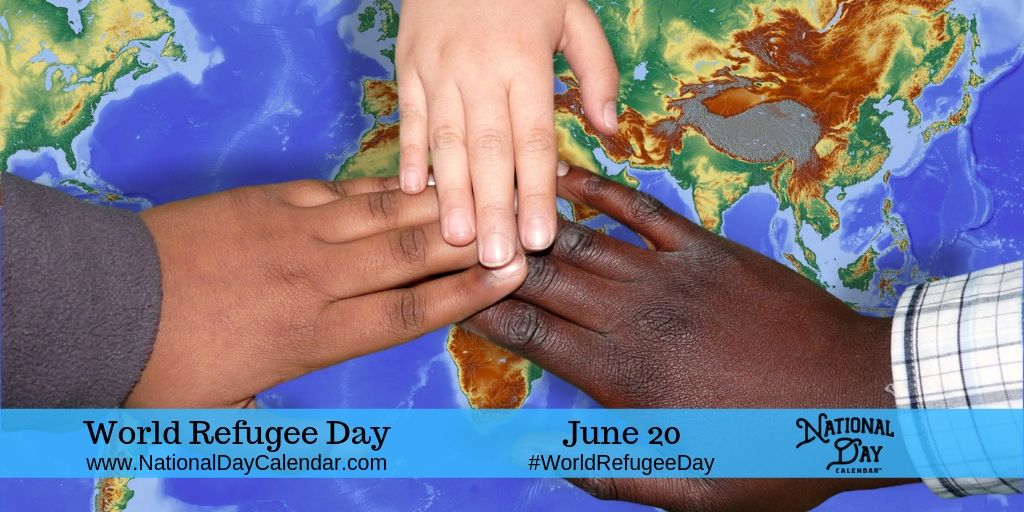 World Refugee Day is June 20. The day is dedicated to raising awareness of the situation of refugees throughout the world.

The United Nations defines a refuge someone who fled his or her home and country owing to “a well-founded fear of persecution because of his/her race, religion, nationality, membership in a particular social group, or political opinion.”

It’s estimated by the World Economic Forum that one in every 113 people on the planet is now a refugee. Around the world, someone is displaced every three seconds, forced from their homes by violence, war, and persecution.

According to the UN Refugee Agency, the most significant sources of refugees are Syria, Afghanistan, and Sudan.
https://www.unhcr.org/figures-at-a-glance.html

“In my experience, going home is the deepest wish of most refugees.” — Angelina Jolie

Look for online and offline campaigns that are run across the country to support the refugees and to draw the attention of the world towards their conditions.

Use #WorldRefugeeDay to raise awareness through social media and ask for help and support.

On December 4, 2000, the United Nations decided that June 20, 2001, would be celebrated as the first annual World Refugee Day.