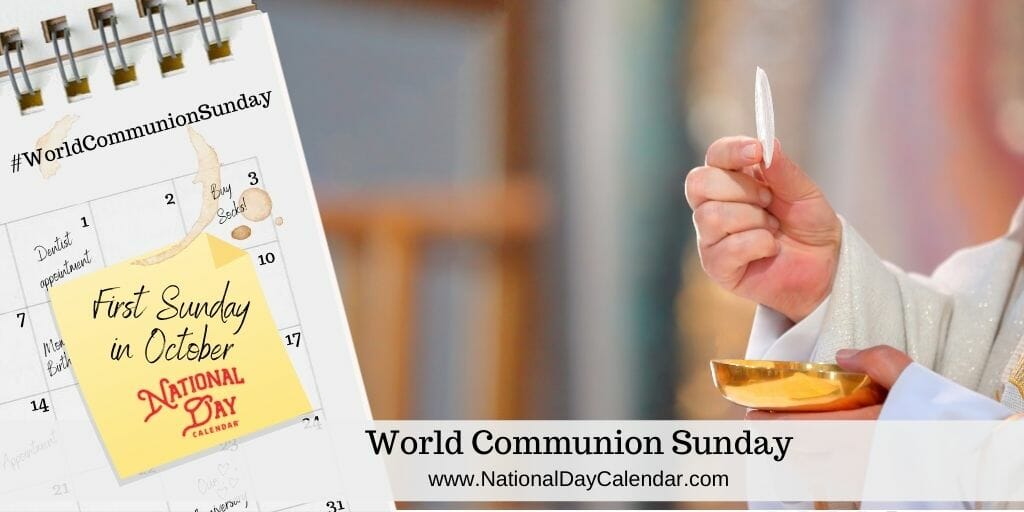 On the first Sunday in October, World Communion Sunday encourages those of the Christian faith to experience Holy Communion together. The day also demonstrates unity among various denominations in the church.

Holy Communion is also known as Eucharist or the Lord’s Supper. Many Christians observe communion because Jesus commanded them to do so. Communion is a way for Christians to recognize they are part of the body of believers and that Jesus is the head of the Church.

In the Bible, Jesus and his disciples shared their last meal together before Jesus was crucified on the cross. This meal is called the Last Supper. During the meal, Jesus broke bread with his disciples and shared wine. The bread signified the body of Christ and the wine his blood. This event constitutes the biblical basis for the practice of Holy Communion.

The book of Luke states, “And he took bread, gave thanks and broke it, and gave to them saying, “This is my body given for you; do this in remembrance of me.” In the same way, after the supper he took the cup, saying, “This cup is the new covenant in my blood, which is poured out for you.” Luke 22:19-20.

Years after the death and resurrection of Jesus Christ, the apostle Paul instituted the Lord’s Supper. In 1 Corinthians 11:23-25 it says, “For I received from the Lord that which I also delivered to you: that the Lord Jesus on the same night in which He was betrayed took bread; and when He had given thanks, He broke it and said, “Take, eat; this is My body which is broken for you; do this in remembrance of Me.” In the same manner, He also took the cup after supper, saying, “This cup is the new covenant in My blood. This do, as often as you drink it, in remembrance of Me.”

Through the years, many Christian denominations have observed their own version of Holy Communion. Even though it might look different, there is always bread and wine or grape juice present during the observance. Communion is also a time of prayer, worship, scripture reading, and self-reflection.

Many Christian churches throughout the world hold a special communion service on this day. Churches also participate in the following ways:

You can help spread awareness for this day on social media with #WorldCommunionSunday.